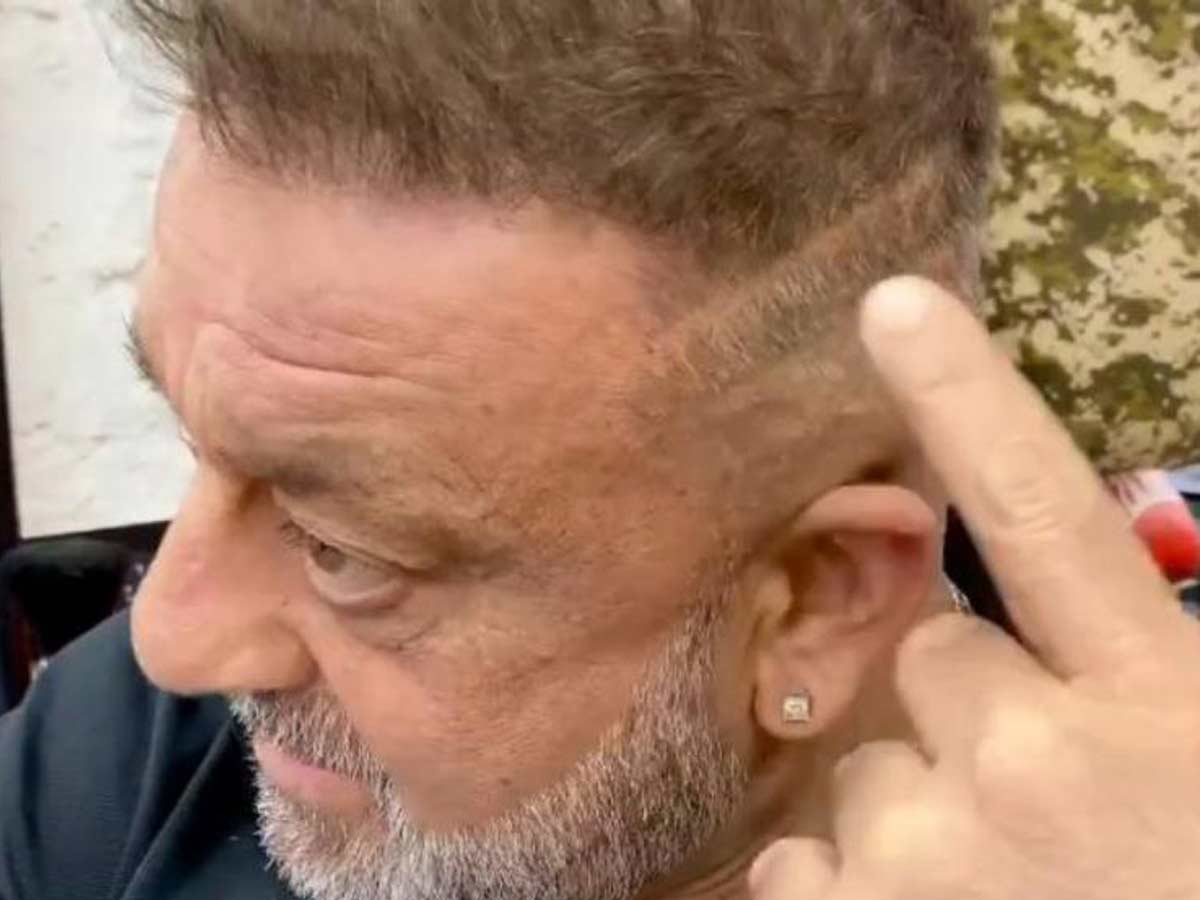 Bollywood actor Sanjay Dutt, who was diagnosed with lung cancer in August and undergoing treatment, has returned to Mumbai after his family vacation in Dubai. Sanjay, who is undergoing treatment in Mumbai, took a break and headed Dubai to spend quality time with his family. After his return from Dubai, Sanjay Dutt was spotted at a salon in the city. Sanjay showed a scar on his head from the cancer treatment. He also posed for pics. Sanjay said he is recovering well. “Abhi bimaar nahi hoon aisa mat likhna. (Don’t write that I am not unwell now).” Sanjay Dutt said.

Sanjay, who was diagnosed with the fourth stage of lung cancer, had visited Lilavati and Nanavati hospitals and underwent treatment. After his diagnosis, Sanjay had taken a break from his films and focused on his health. He underwent treatment for cancer. However, in early September, Sanjay had returned to the shooting of Ranbir Kapoor’s Shamshera and shot for patchwork. He had headed to a holiday to Dubai along with wife Manyata and two kids.