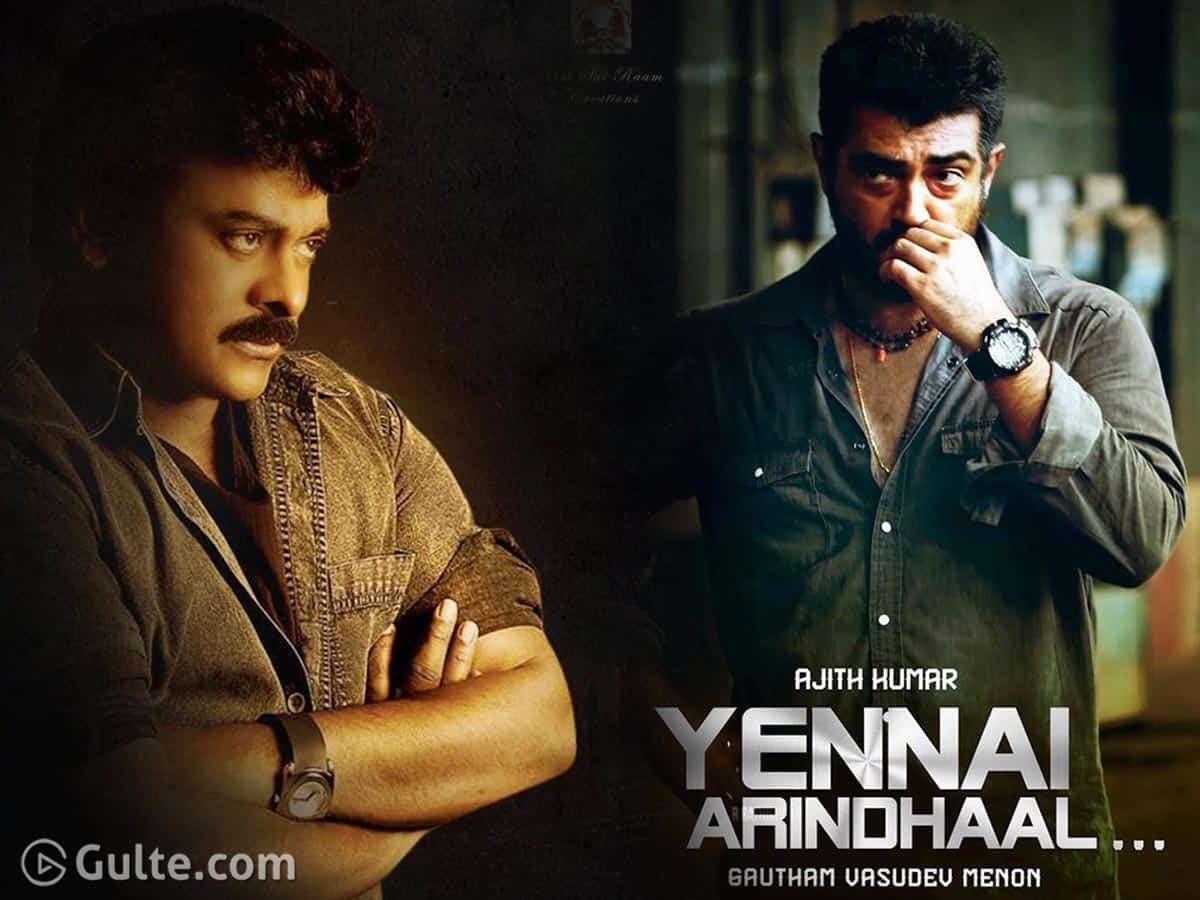 Chiranjeevi, who made a strong comeback into movies after his political stint, is busy setting his forthcoming projects. The latest we hear is that the actor is keen to remake Ajith and Gautham Menon’s Yennai Arindhaal remake into Telugu.

The original Tamil film was produced by AM Rathnam who is producing a movie with Pawan Kalyan. Apparently, Chiru wants to buy Yennai Arindhaal rights from AM Rathnam and want to do it on Konidela Production.

If all goes well, Chiru will be seen as a sincere police officer in Yennai Arindhaal remake. However, it is not clear who will direct the Telugu remake.

Meanwhile, Chiru is also going to be part in Lucifer remake. Lucifer remake rights have been bought by Ram Charan and the film will be produced by their home production. Chiranjeevi’s ongoing film Acharya with director Koratala Siva is delayed due to Covid pandemic.

Chiru may not join the film’s shoot this month. It is buzzed that Chiru may join Acharya shoot in November end. The film will have Ram Charan playing significant role. Charan is going to take time off from RRR shoot and he would do his part in Acharya.