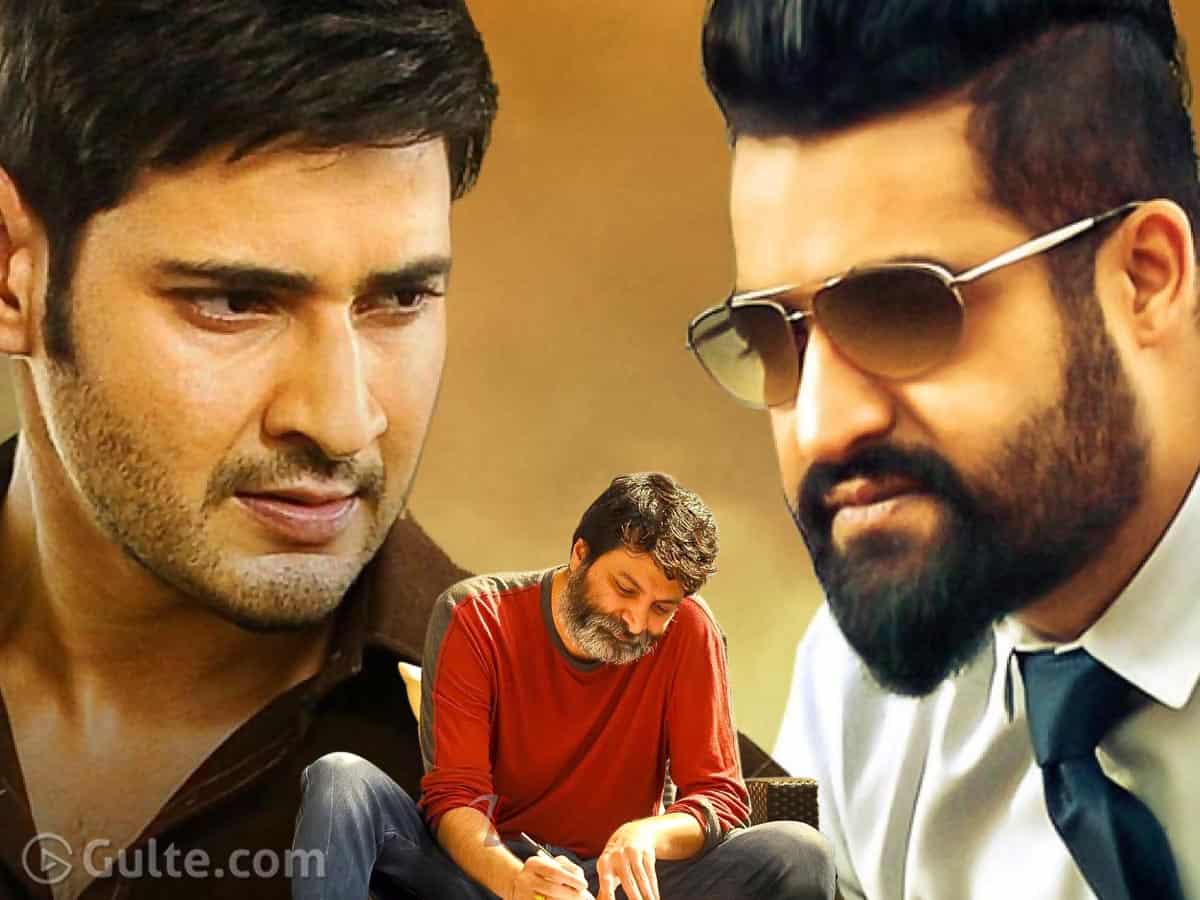 Tollywood is abuzz with the triangular story revolving between NTR, Mahesh Babu and Trivikram Srinivas. For the last couple of months, there has been speculation about Trivikram’s next. Ever since he delivered blockbuster Ala Vaikunthapurramuloo, all eyes are on Trivikram’s next. While Trivikram in principle has agreed to work with NTR, NTR is busy with his ongoing film RRR with director SS Rajamouli.

Meanwhile, Trivikram and Mahesh Babu’s collaboration, which has been pending from quite some time, has come into the fore. This added to the confusion. While Mahesh is working with Parasuram for Sarkaru Vaari Paata,Trivikram is waiting for NTR to finish his commitment with Rajamouli.

Now it is learnt that Trivikram and Mahesh’s collaboration would depend on NTR. If NTR finishes RRR shoot by January and he gets free, Trivikram would start working with NTR from Jan. If NTR’s RRR gets further delayed, Trivikram would go ahead with Mahesh. Trivikram and Mahesh’s film would likely to start from Jan. Whereas Mahesh may work for both Sarkaru Vaari Paata and Trivikram’s film simultaneously. Usually, Mahesh won’t work on two films simultaneously. However, he seems to be gearing up to shuttle between Sarkaru Vaari Paata and Trivikram’s film.

However, this all depends on NTR’s schedule. NTR needs to wrap up his portion in RRR by Jan. Rajamouli has planned to shot NTR and Ram Charan’s joint portions in December. So till Jan, the suspense continues.