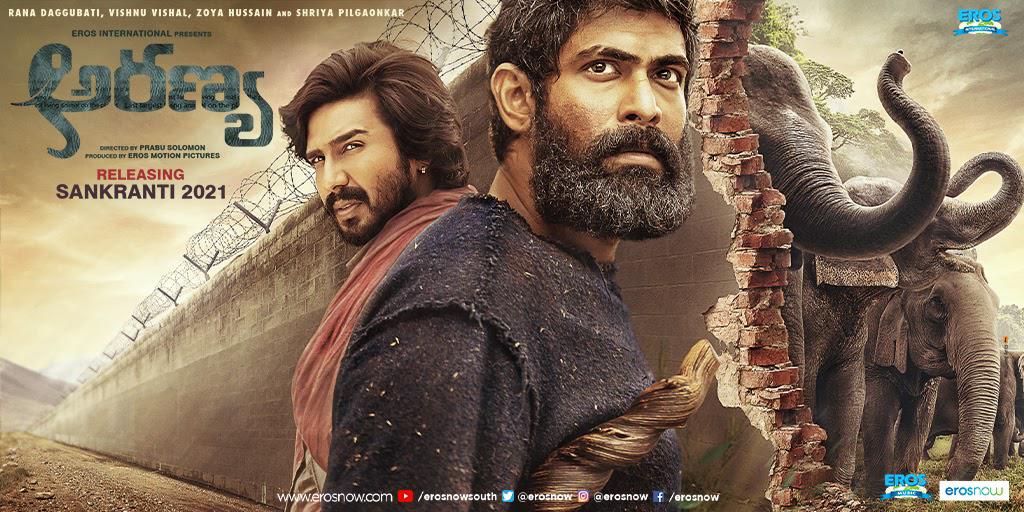 Handsome hunk Rana Daggubati’s Aranya release date has been announced. The film will grace the theatres during Sankranthi in 2021. It’s indeed an ideal time, given theatres are expected to be opened fully by the time and long holidays.

The makers have announced release time of Aranya with a poster. Rana, Vishnu Vishal look furious, whereas elephants can be seen at the other side of the damaged fence wall.

Aranya is the toughest movie Rana has been part of. He had undergone a complete physical transformation and lost 30 kgs of weight to get into the skin of his role in the movie. Sporting a dense beard and grey hair look, Rana will be seen in the role of a jungle man named Bandev.

Prabhu Solomon is directing the wildlife drama that has music by Shantanu Moitra.