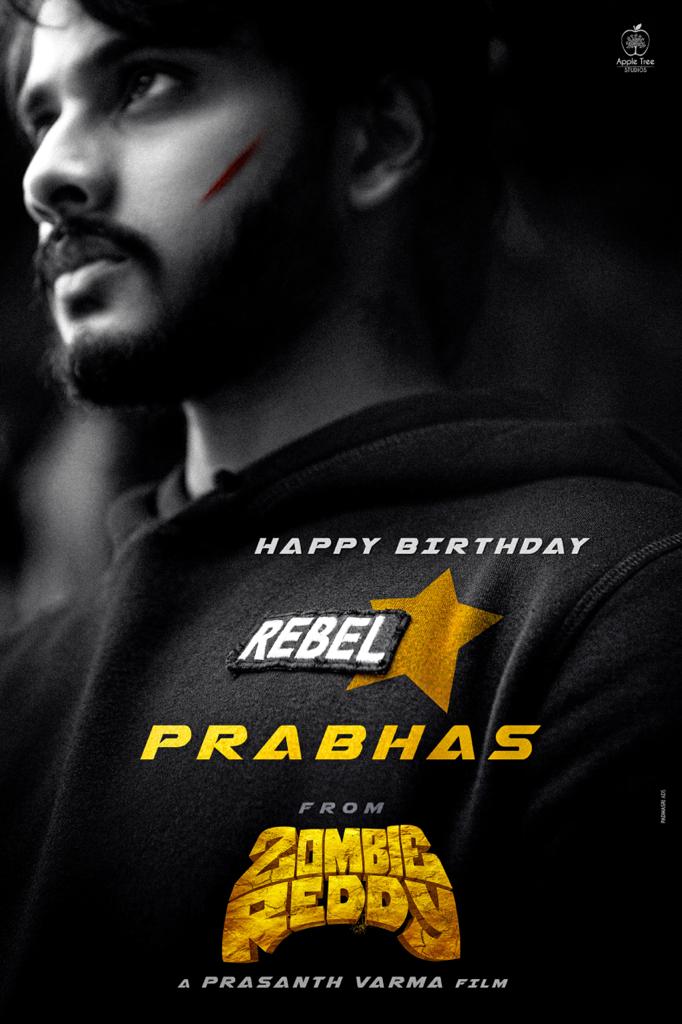 Director Prashanth Varma is utilizing every single opportunity to hike prospects on his third film Zombie Reddy that marks heroic debut of Teja Sajja. After releasing a motion poster on megastar Chiranjeevi’s birthday, he has come up with a new poster to wish rebel star Prabhas on his birthday.

Teja Sajja gives a stern expression gazing at someone or somewhere. He appears dashing with a beard here in the poster.

Directed by Prashanth Varma, the first film on zombies and corona has completed a shooting schedule in Tadipatri. The film is gearing up for release soon.