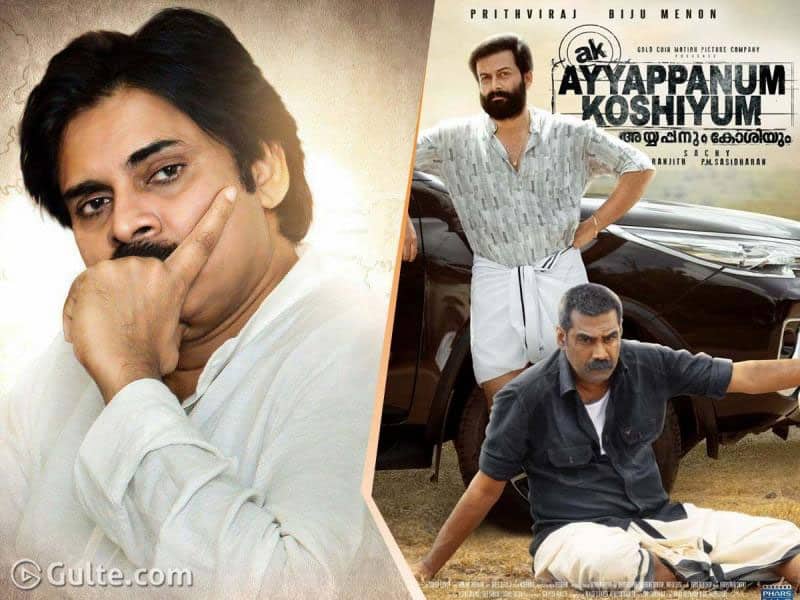 Pawan Kalyan often surprises all of his strange choices of films. While his Pink remake itself is a surprise for a comeback, his yes for Ayyappanum Koshiyum remake is one more from him. The news is unofficial for now, but if the sweet surprise teasing tweet from Haarika & Hassine Creations is going to make it official.

On the morning of 25th October at 10:35 am, the makers are expected to announce Pawan Kalyan’s Ayyappanum Koshiyum remake officially. If the reports are to be believed, the director for the film is Sagar Chandra, who directed Appatlo Okadundevadu. Also, the movie is said to be planned to complete the shooting part in around 50 days. Ayyappanum Koshiyum is a Malayalam blockbuster directed by late director Sachywith Biju Menon and Prithvi Raj in lead roles.

While the lineup appears to be with Krish’s film followed by Harish Shankar’s film, the latest rumor is that Pawan Kalyan would be wrapping up AK remake right after Vakeel Saab. The actor for the other lead role in the film seems to be suspense for now, but the name of Rana Daggubati is much heard.