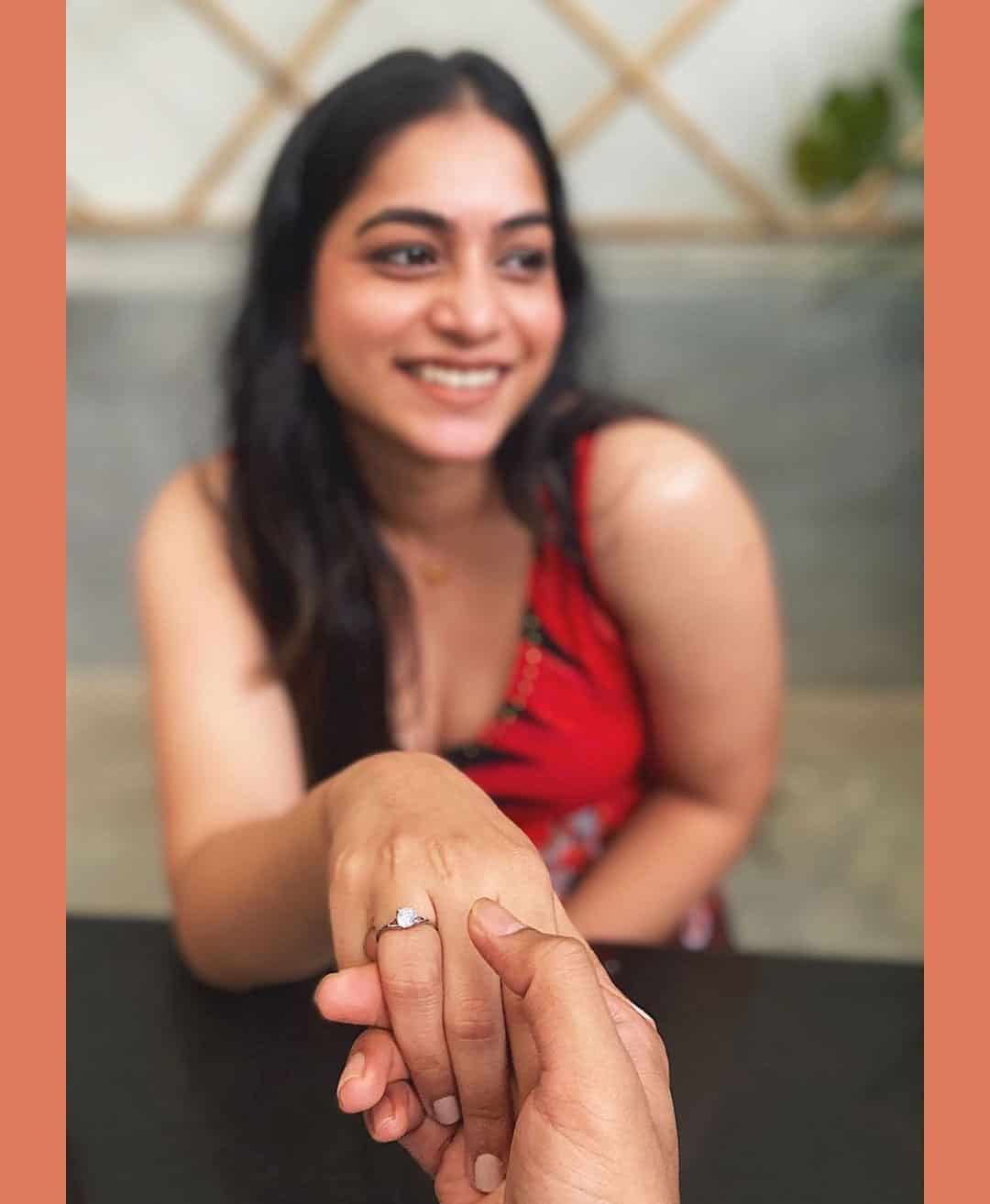 Actress and former Bigg Boss contestant Punarnavi Bhupalam surprised all today. Punarnavi posted a picture of herself with a ring on her hand, held by her fiance. Purnarnavi got engaged and is getting married soon.

Punarnavi did not reveal anything about her fiance yet, and the suspense prevails for some time more from now. Congratulatory messages started pouring in on her social media timelines.

Earlier, during the Bigg Boss time, it was rumored that Punarnavi is seeing Rahul Sipligunj. But Rahul later clarified that he is not in relation to Punarnavi and also revealed Punarnavi is committed to someone else.

Punarnavi shot to fame with a role in Uyyala Jampala and later acted in few films like Pittagoda. It is the Bigg Boss show that brought her fame more than the films did.