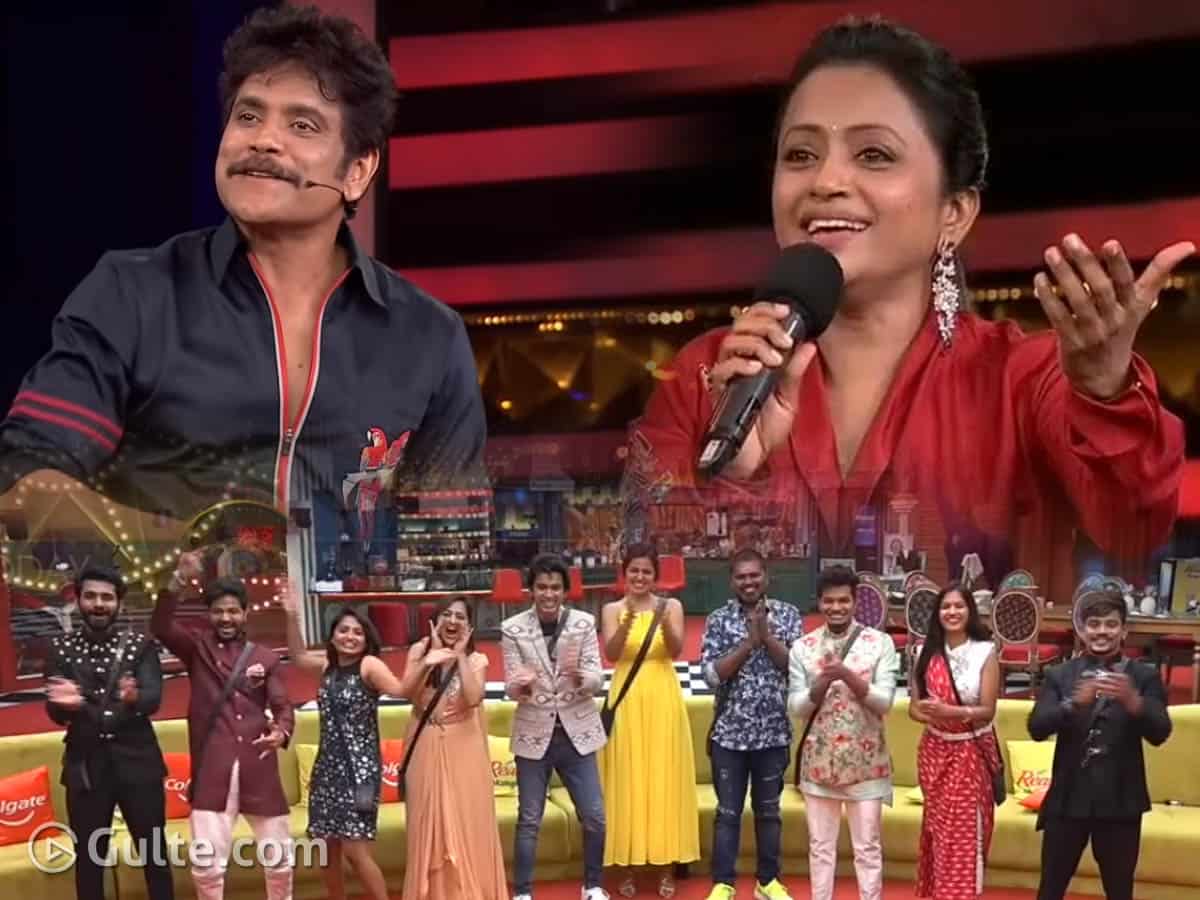 Anchor Suma Kanakala is the Queen of Tollywood Television undoubtedly. Her spontaneity and sense of humor keeps the audience of the edge of their seats. And so the news of her entry as the wild card enticed the audience to watch the show. However, the prank the makers made on the viewers was well received as they were entertained by Suma’s presence.

Suma was introduced as the Wildcard entry into the Bigg Boss episode. She started her hilarious act as soon as she saw the contestants. The anchor carried a travel bag along with her and brought in many items related to each of the housemates. She even made points that the audience wanted Nagarjuna to address this week. Abhijeet was asked to perform some physical activity and Akhil had to sing a song that could convey his feelings about the previous week. Suma even asked Amma Rajashekar how he always manages to get hurt by everyone.

Throughout the episode, Suma spoke about how she was going in as a wild card. However, she came back telling that she isn’t brave enough to go into the show and leave her career. She even said she would go into the house when she was of Gangavva’s age. The constant bickering between Nagarjuna and Suma entertained the audience. Hopefully, the show could manage to get some TRP ratings back and continue entertaining the audience with such entertaining episodes. The upcoming episode will see the audience breaking bottles on the heads of people they want to nominate.