A Disastrous April Fool Joke By The Director 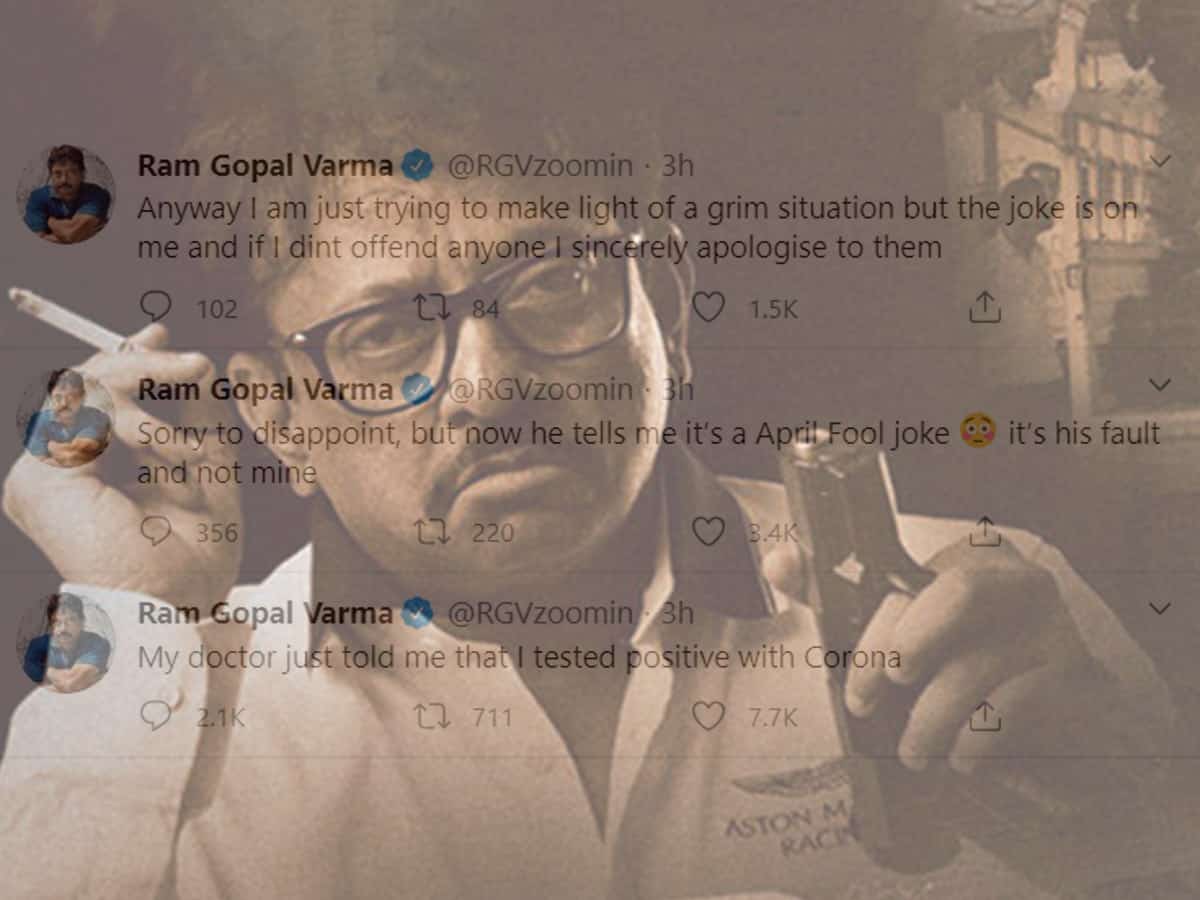 The world is not in a mood for pranks and jokes on April fools day, but the director Ram Gopal Varma is. RGV tried an April Fool joke which finally backfired and now the joke is on him, obviously for his timing.

Ram Gopal Varma tweeted that he tested positive with coronavirus and later said his doctor fooled him with this April fool joke. It has not gone well with many of his followers, as they gave away their usual abuse of mean jokes at the time where everyone is worried and few others who already guessed this disaster joke, gave their two cents.

We know what RGV is, and the reply from him is an apology to everyone who was ‘not’ offended by the joke. Though Ram Gopal Varma said he was trying to make light of the grim situation, the joke he tried was really awful.