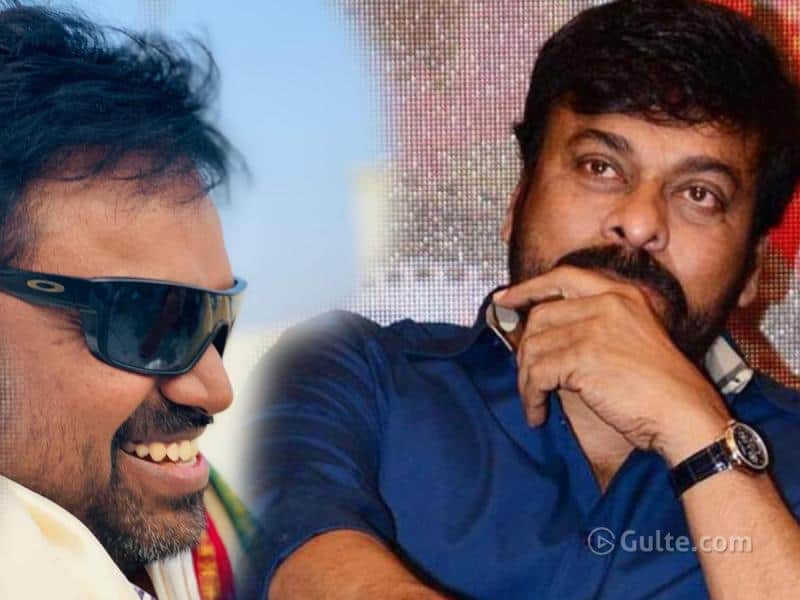 Two remakes in Kannada and four straight Telugu disasters are all Meher Ramesh got in his career so far. Megastar Chiranjeevi who dilly-dallied to pick Kaththi remake for his 150th film, shocked all by giving a nod to act in Meher Ramesh’s direction.

News has it that Chiranjeevi agreed to act in a remake of yet another Tamil film. Superstar Ajith’s Vedalam is heard to be the choice of Chiru to remake for his next and Meher Ramesh came into the scene only after Chiru zeroed in on the film. Though Meher Ramesh is working on the script now, it is Chiru who supervises and decides almost everything till the movie comes out.

Chiranjeevi wanted to act in a one more mass commercial movie since the Khaidi no 150 and Vedalam appeared to be apt for the star. Though there were rumors after Katamarayudu that Pawan Kalyan will be doing a remake of Vedalam in SJ Suryah’s direction, it is heard to be finally in Chiru’s hands now. Dhruva and Spyder Producer N V Prasad will be producing the movie #Chiru153.

Vedalam is the story of a former gangster who reforms to protect his adoptive sister from a big shot criminal syndicate. Directed by Siva in Tamil, Vedalam was a blockbuster for Ajith in 2015.

All the remakes Chiru choose were blockbusters earlier, like Shankardada MBBS, Tagore, and Khaidi No 150 and we have to see if Meher Ramesh will be lucky enough with Vedalam remake. For now, Chiranjeevi is waiting to resume the shoot for Koratala Siva’s direction though it may take longer than anticipated.