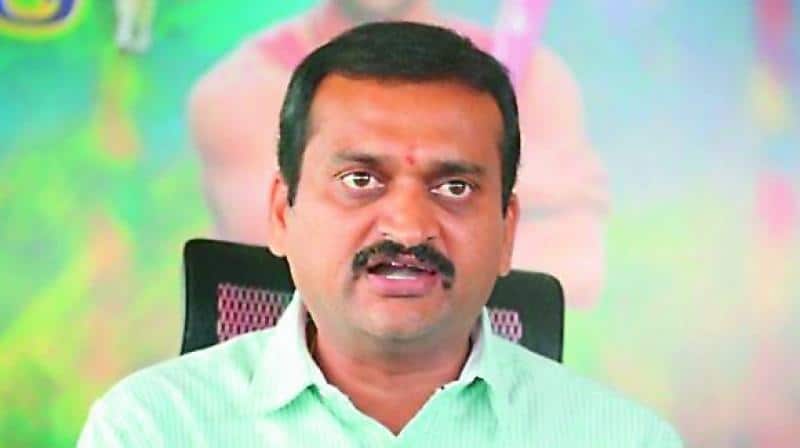 Producer Bandla Ganesh is rumoured to join BJP very soon. If sources are to be believed, Bandla may join the Lotus brigade in a day or two days. Since several leaders from Congress and other parties are joining BJP in Telangana, it is buzzed that Ganesh is also said to be cashing in on the trend. BJP is also looking out for more glamour for the party in Telugu states. This may turn advantage for Ganesh. Apparently, Ganesh is eyeing a post in the party and BJP may consider his request.

Back in Sep 2018, Bandla had joined Congress in the presence of Rahul Gandhi. Ganesh was one of the star campaigners for Congress in the 2018 Assembly elections. His comments turned headlines then. One of his interviews became sensational and his “Blade” comments got him the tag “Blade” Ganesh. However, after the Congress debacle in 2018, Bandla has been staying mum and politically inactive.

Recently, he has been hanging out with Pawan Kalyan often and also claimed that Pawan has promised him to do a film. Since Pawan Kalyan is closely in touch with BJP netas and also forging an alliance in the Telugu states, Ganesh’s entry into BJP seems to be easy.