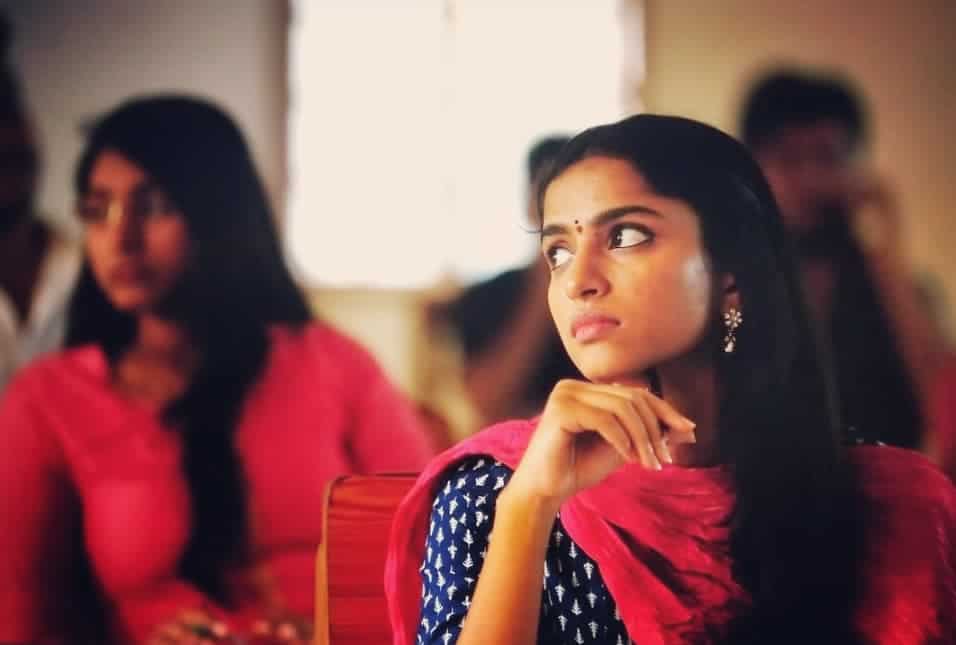 The films ‘Miss India’ ‘Colour Photo’ and ‘Middle Class Melodies’ are some of the recent releases on OTT. These three films have a common thing and it’s the supporting actress. Divya Sripada played the supporting roles in all the three films and now she has become the talk of the town.

Looks wise Divya appears like a girl next door but she can impress anyone with her on screen abilities. For people who watch only films may not be familiar with Divya but in the short film circles, she is a well-known face and quite popular. Coming from this short-films backdrop, Divya has managed to get the attention of filmmakers and is bagging opportunities after opportunities.

Unlike many who wish to become a heroine, Divya Sripada wants to do roles that have scope to display her acting capabilities. Accordingly she is signing only those films in which her role is significant. This approach towards being part of films has made a difference for Divya.

In a matter of a month time, three films getting released on OTT platforms and in that Divya made a mark with her performance is something to be noted. In ‘Colour Photo’ Divya was seen as heroine’s best friend and she got maximum screen presence equal to heroine. And in Keerthy Suresh’s ‘Miss India’ she played one of the friends to the female lead. Yet Divya shined in her role.

Coming to ‘Middle Class Melodies’ Divya’s role was a major highlight as a lady show gets stuck in poverty yet defies all odds to pull her family. In fact more than the main female lead Varsha Bollamma, the critics and audiences were might impressed with Divya’s role. Many filmmakers and industry people are digging about Divya now and we may not be surprised if she lands in big projects in the coming days.

Looks like Tollywood has got a performer after a long time and wish Divya also does heroine roles and register her stamp.