Prabhas Teams Up With KGF Director! 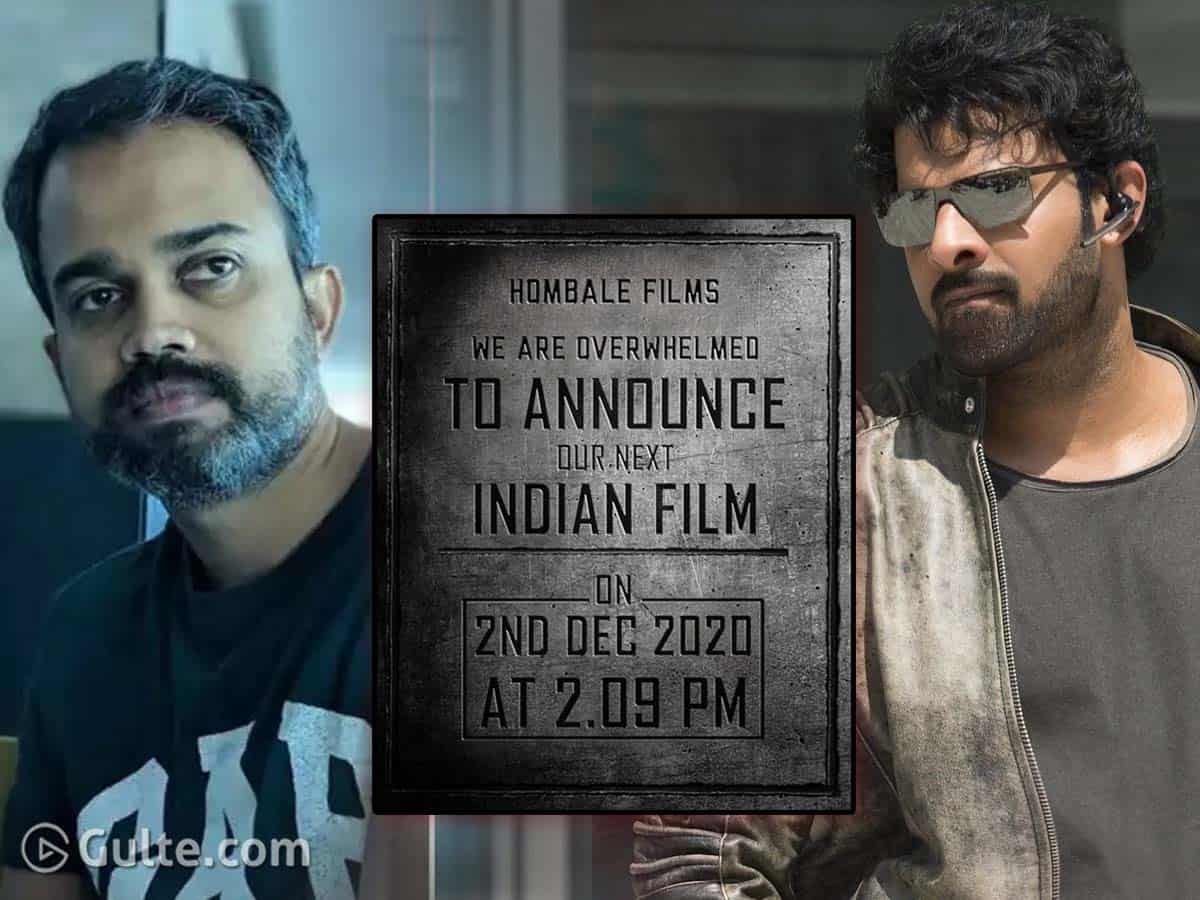 Ever since KGF 1 became a huge success in all the languages it got released director Prashanth Neel has become a sought-after director. Since then, there have been several speculations that Prashant would direct a Telugu star hero. While the likes of Mahesh Babu, NTR and Prabhas were heard, finally, it is Prabhas who is going to first team up with KGF director Prashanth. The much-awaited collaboration is going to be a pan Indian film and it is being bankrolled by Hombale Films which originally produced the KGF.

Recently, Prabhas has met Prashant Neel and this led to widespread speculations that the duo is teaming up. Making all such rumours true, the production house Hombale Films is going to make a huge announcement on 2nd December. It is learnt that the film is going to be a high-octane action entertainer laced with emotion and drama.

On the other hand, Prabhas is on a signing spree. Whilst Prabhas has high-budgeted Adipurush (touted to be made with Rs 400 Crore) with director Om Raut, he has Nag Ashwin’s film with Vyjayanthi Movies that has an ensemble cast including Amitabh Bachchan, Deepika Padukone. Currently, he is busy wrapping up a pan Indian film Radhe Shyam with director Radha Krishna Kumar of Jil fame. Now, his next film with Prashant Neel is expected to add to Prabhas’ list of pan Indian movies.