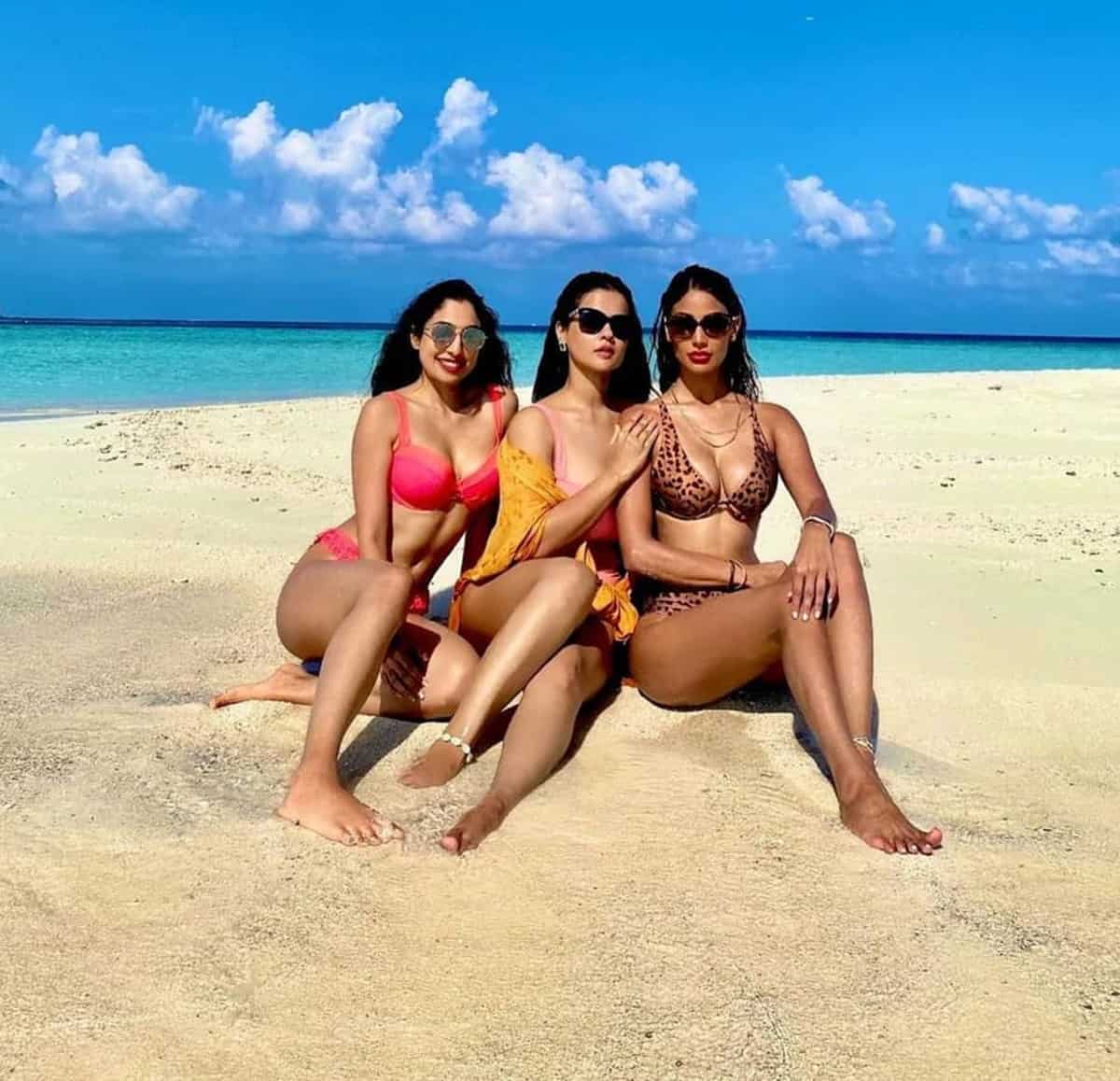 The cinema and television beauties hitting the beaches of Maldives hasn’t taken a break yet. The latest to visit the beach destination is the girl gang of Sharmila Mandre.

It is already known that Sharmila Mandre is the best buddy with Nicole Faria and Shifa Jowar. Now the three have visited the Maldives for a holiday and their pictures from there are simply blowing our minds. Sharmila, Nicole, and Shifa Jowhar slipped into bikinis is the hottest picture that caught our eye today.

It is rumored and few actors revealed that these trips to the Maldives are mostly sponsored by the resorts there for the promotion of tourism in pandemic times. All that the celebrities have to do is tagging the resort in the location that sponsored their trip and adding them in hashtags.

Irrespective of other details, the stunning beauties posing in bikinis on gorgeous beaches is always an eye-feast. All three of them captioned the pictures with ‘We mermaid for each other’.

Sharmila Mandre is well known to the Telugu audience with her Kevvu Keka movie with Allari Naresh. She recently got into a road accident and stayed away from social media for weeks. She has three films in making right now, Dasara, Mysore Masala, and Gaalipata 2.

Nicole Faria is better known as an international brand ambassador and model, than an actress in films. She made her film debut in Yaariyan.