Poster Look : Prabhas In & As ‘SALAAR’ 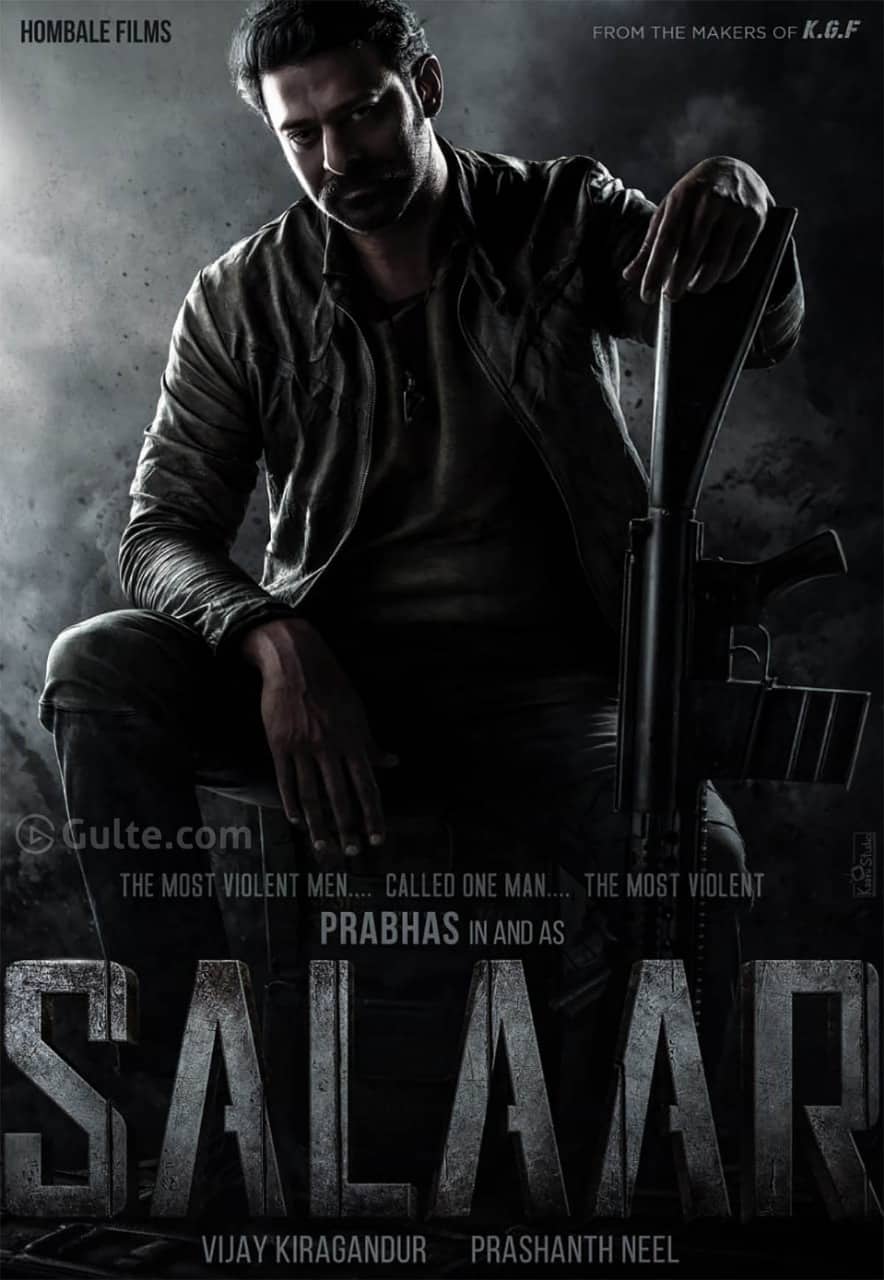 Prabhas and KGF director Prashant Neel’s highly anticipated collaboration has got a name. The high-voltage action drama has been titled as Salaar.  Prabhas is seen placing his one hand on the mission gun as he sits and looks in a pensive mood. Interestingly, the film’s poster has a tag line which reads, “The most violent men called one man the most violent”. It is evident that Prabhas is going to be seen as the Most Violent Man SALAAR.

The Baahubali actor shared the poster on his Instagram page and wrote, “Today I take a leap into the world of #SALAAR. Shoot commences from Jan 2021. An Indian Film by @hombalefilms @vkiragandur @prashanthneel.”

Salaar’s shoot is going to commence in Jan 2021. The high-budget film is going to join Prabhas’ list of pan Indian films. While Prabhas is waiting for the release of Radhe Shyam, he has Adipurush with Om Raut, Nag Ashwin’s film featuring Amitabh Bachchan, Deepika Padukone. KGF producer Vijay Kirgandur is bankrolling the film under Hombale Films.