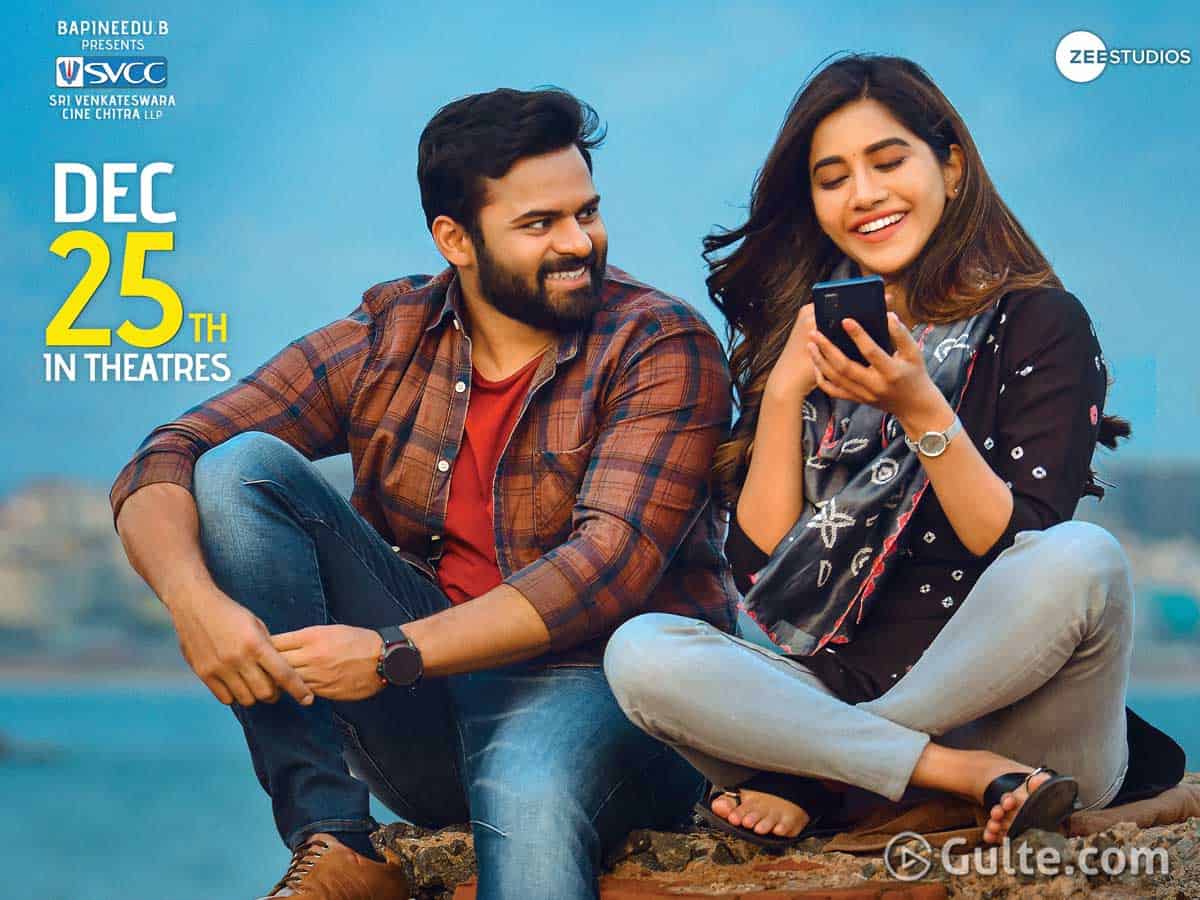 Sai Dharam Tej’s Solo Brathuke So Better is going to be the first major feature film to hit the screens after the Covid-19 pandemic. The film’s theatrical rights have been acquired by UV Productions and Dil Raju jointly. The duo have acquired the entire theatrical rights for over Rs 8 Crore from Zee Studios.

Dil Raju and UV are now planning to sell the area-wise rights to local distributors. The two production houses have extensive presence across distribution and wide network. This is expected to come in handy for them. As Sai Dharam Tej’s previous outing Prathi Roju Pandage did set the Box Office on fire, the makers are hoping that it will have a positive impact on Solo Brathuke So Better despite Covid-19 guidelines and restrictions on cinemas.

Earlier, Zee Studios had bought the film outrightly from the original producer BVSN Prasad. And Zee Studios in turn sold the theatrical rights to UV and Raju.