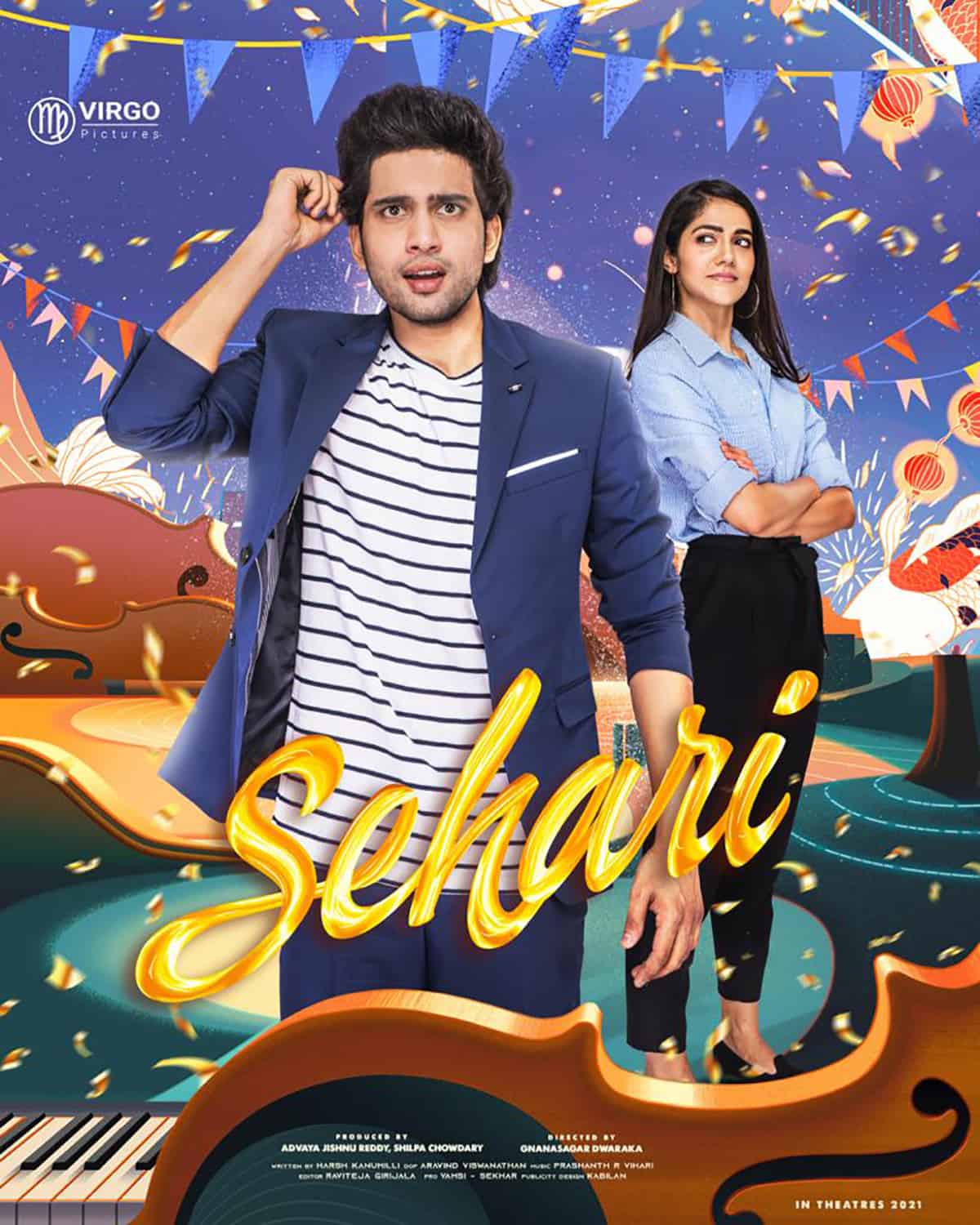 Small budget youthful romantic entertainers often get connected well with the audiences. Falling in line in this space is ‘Sehari’ starring Harsh Kanumilli and Simran Choudhary in the lead roles.

Hero Nandamuri Balakrishna has unveiled the first look of the film and it went viral. Now the makers have unveiled the first sparkle poster which has the lead pair. While the hero Harsh appears bewildered, Simran makes a class act standing still.

Gnanasagar Dwaraka is directing this rom-com and sixty percent of the shooting has been wrapped up.

By early next year, the film’s shoot would conclude and the producers are aiming for theatrical release.