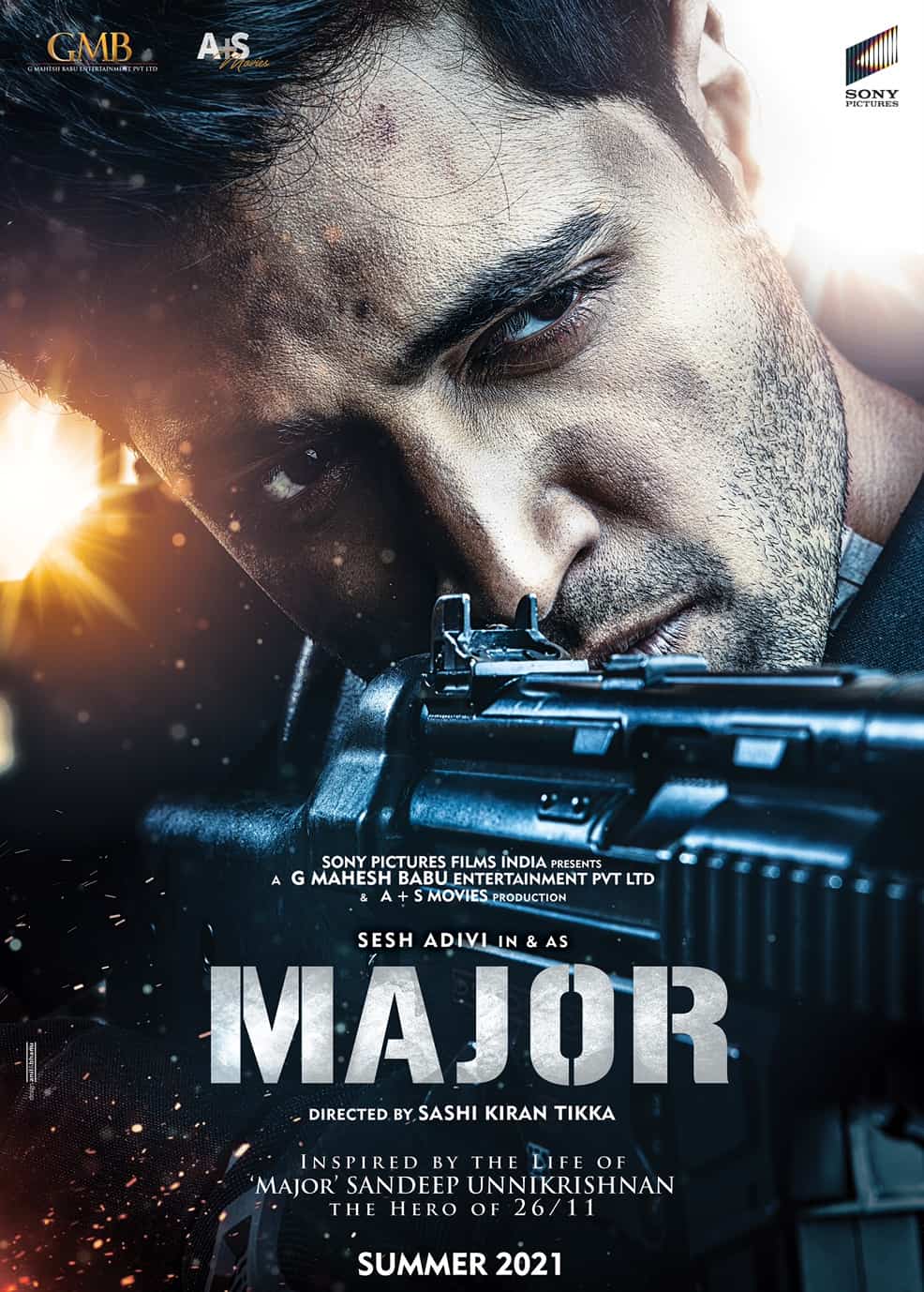 The pre-look poster showcased Major’s half image one side and Sesh’s image other side. Now, the first and complete look of Major is out. As informed earlier by Sesh Sandeep’s mother saw her son in him. And she was absolutely right. Adivi Sesh looks exactly like Major Sandeep Unnikrishnan in the poster where he is seen pointing his gun towards terrorists.

Sesh underwent rigorous training to play the most challenging role of his career. He was needed to loose oodles of weight to look fit like a soldier. Major is not a story that talks about how Sandeep died, it’s a story about how he lived.

The Telugu, Hindi Pan India bilingual film is announced to be released in summer 2021.