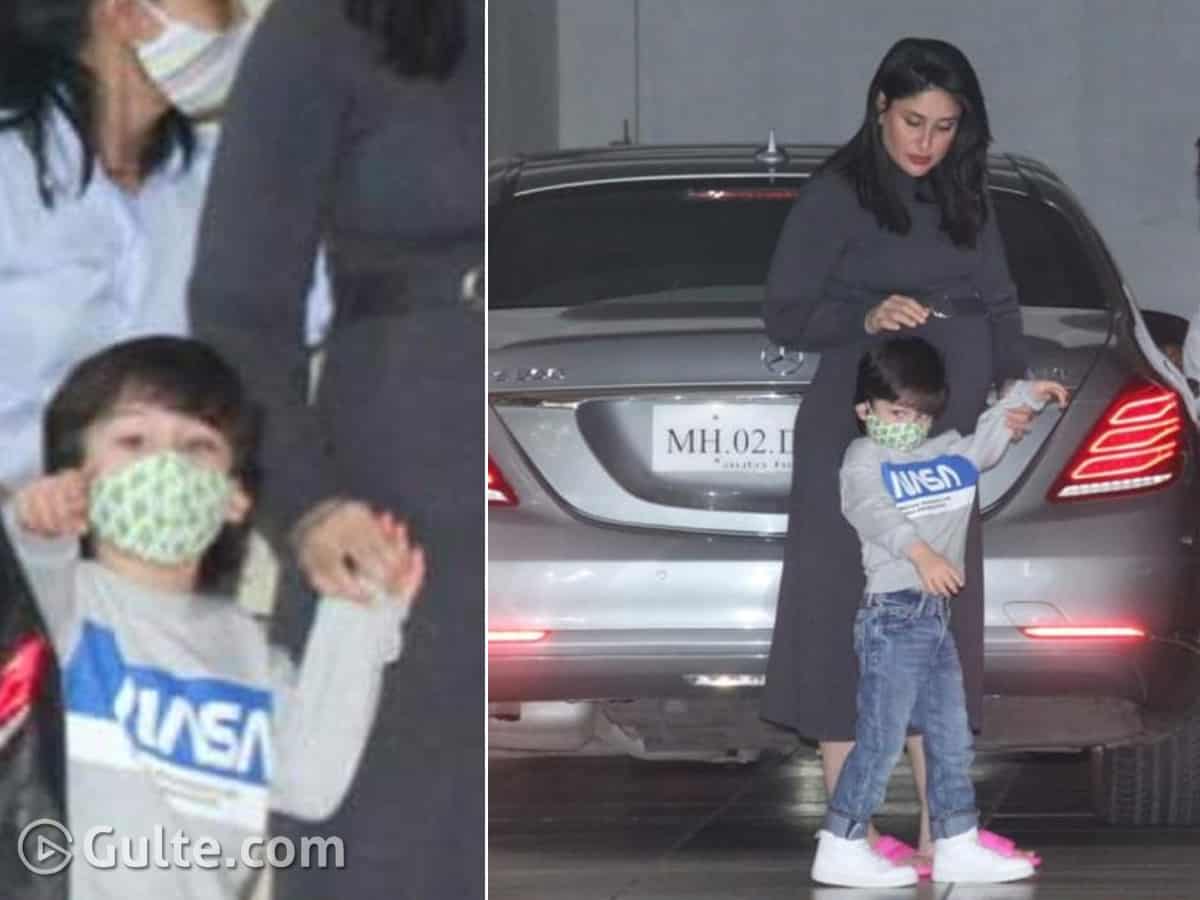 Saif Ali Khan and Kareena Kapoor Khan’s son Taimur has been in the spotlight of the media ever since his birthday. Often we see the media chasing him trying to get a click of Taimur even though he has no clue about this paparazzi stuff.

Seems like the three years old got irritated by the paparazzi and yelled at them. This all happened when mom Kareena was spotted at her mother Babitha’s residence in Mumbai. Taimur was walking along with his mother and the cameramen who learned they reached Babitha’s residence before Kareena. As soon as Kareena reached the parking lot, they started clicking the pictures.

“No Photos,” shouted Taimur pointing his right hand, who was seen wearing a grey sweatshirt and denim. He threw an air-kick at the paparazzi too while Kareena tried to pacify him and then they climbed the stairs.

This video of Taimur yelling ‘No Photos’ has gone viral and evoked mixed reactions from the netizens. Some say that he is just a kid and the paparazzi needs to respect his privacy while some opined that star kids are bound to be arrogant and egoistic.

Irrespective of such comments, it’s a fact that Taimur is a kid who needs his space.