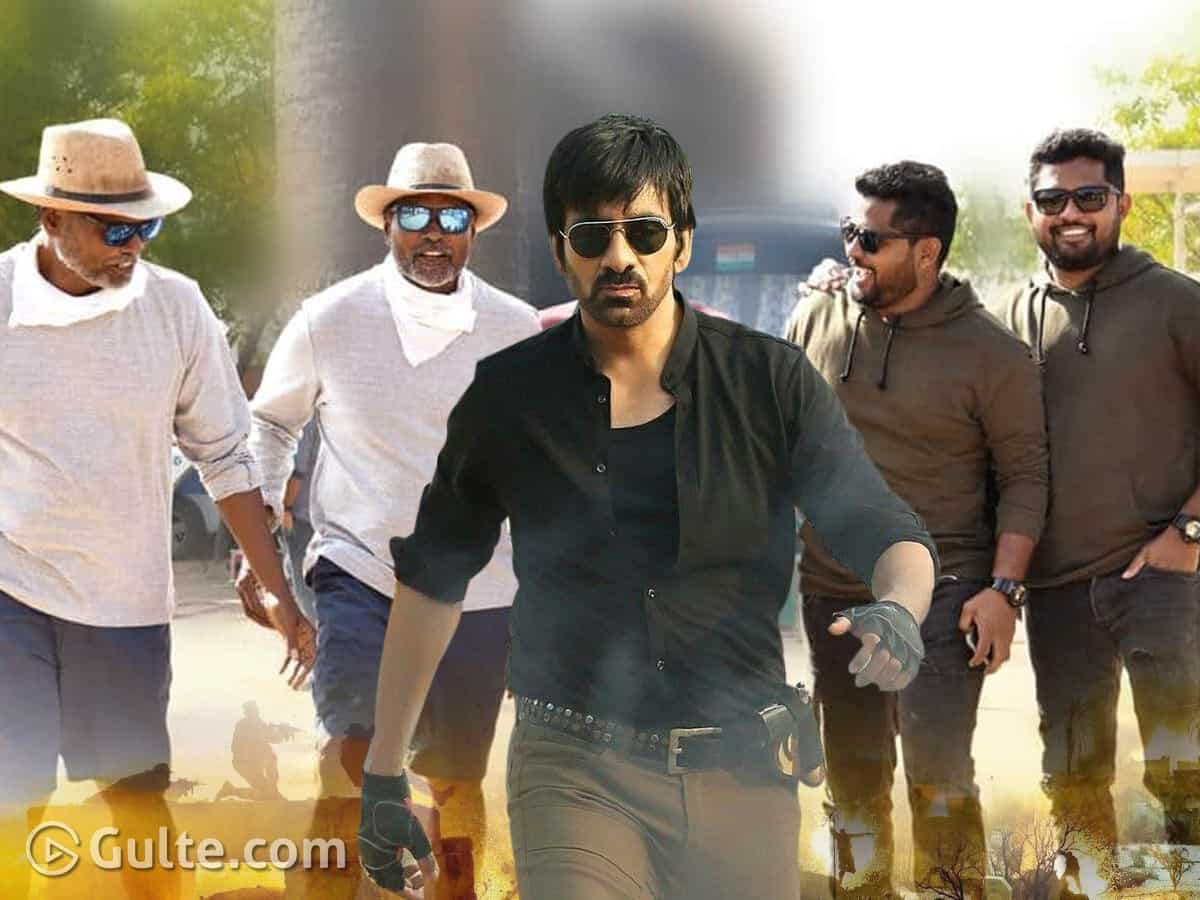 Not just one or two, but Ravi Teja’s action entertainer Khiladi is going to have four action choreographers. The film directed by Ramesh Varma already has prominent fight masters Ram-Lakshman brothers working for it. Now, Anbu-Arivu duo, who is known for their work in films like KGF, Dhruva and Khaidi, has come on board to look after some breathtaking stunts in the film.

Currently, the team Khiladi is canning action sequences in a huge prison set in Hyderabad under the choreography of Anbu-Arivu masters. Apart from this, they will supervise two other action blocks. We get to see a perfect action dhamaka with Mass Maharaja Ravi Teja performing them.

Khiladi features Meenakshi Chaudhary and Dimple Hayathi as female leads and Devi Sri Prasad is providing soundtracks. A Studios is bankrolling the project.