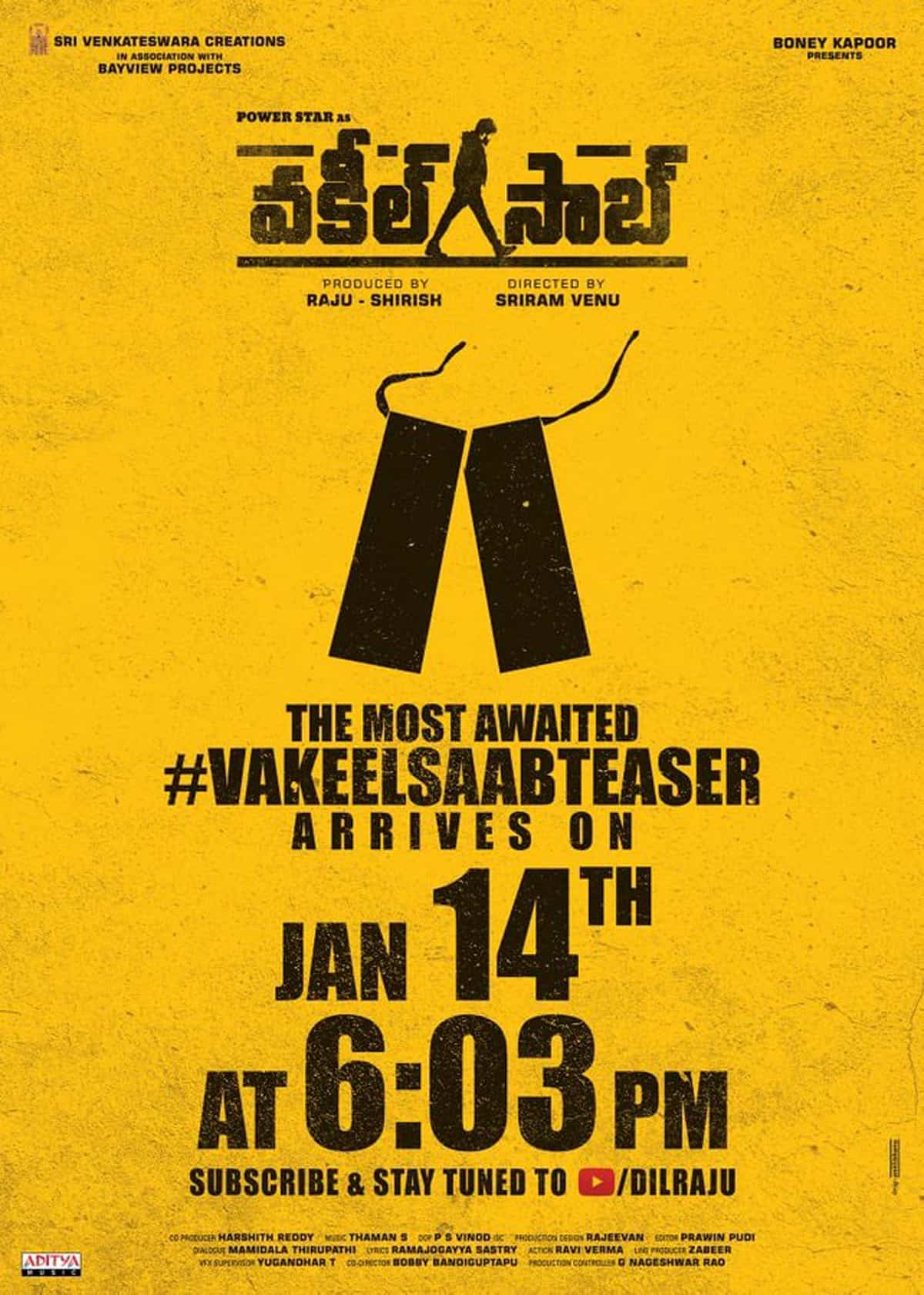 On the eve of New Year, a surprise poster from ‘Vakeel Saab’ was released by the makers and this totally brought a happiness among Powerstar fans. Well the poster had the crucial update of teaser launch too. But the date and time were kept as suspense.

A week later we have those details too. On January 14th at 6:03 PM, ‘Vakeel Saab’ teaser will be out and certainly Powerstar fans would be on cloud nine on the same day.

An official remake of ‘PINK’ Pawan Kalyan is essaying the role of a lawyer for the first time in his career. Pawan’s look in the black blazer has already impressed the fans and we have to see what is packed in the teaser.