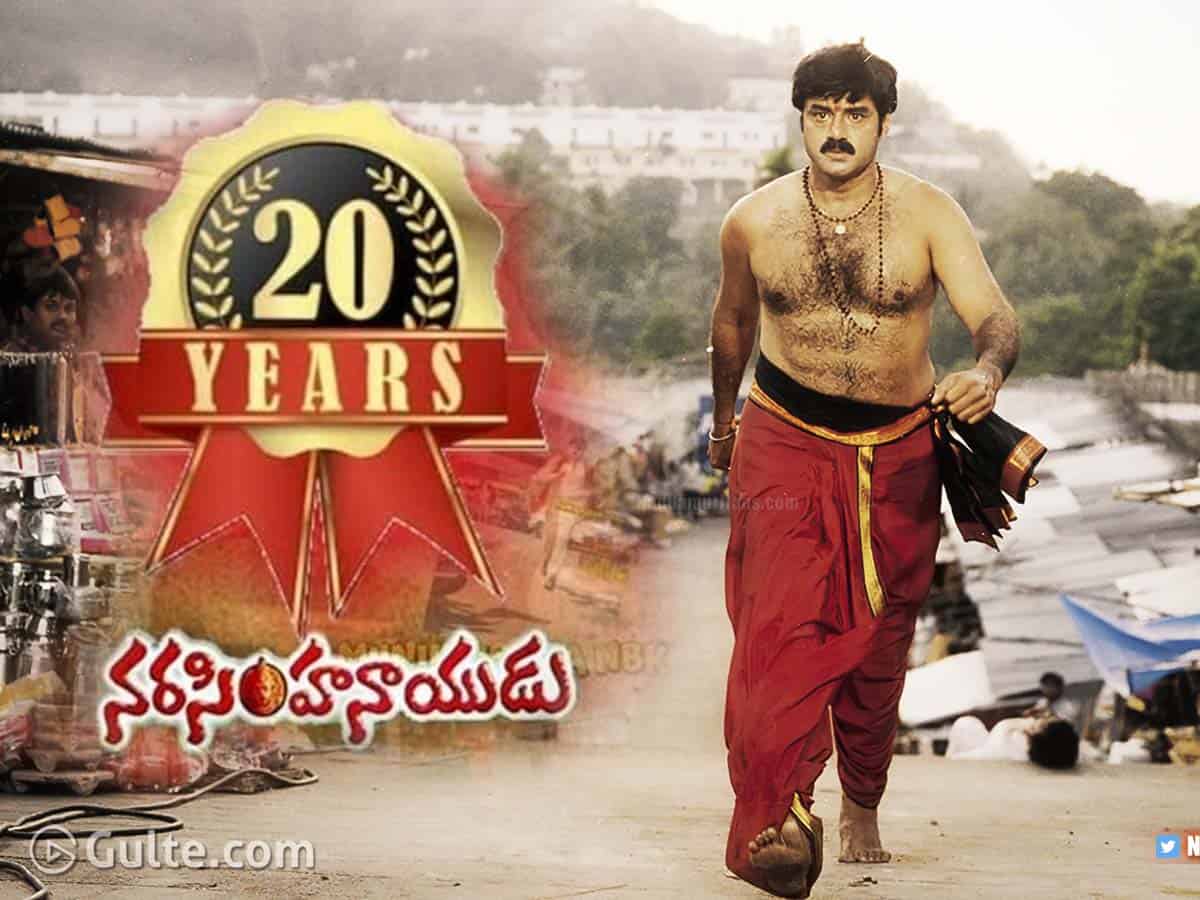 Nandamuri Balakrishna and B Gopal duo delivered multiple hits. Narasimha Naidu is one of those films that will remain special forever in the history of Tollywood. The film ran for a hundred days in more than 105 centers, which is a huge record during those times. The film released way back in 2001.

Narasimha Naidu collected more than 20 Cr revenue and surprised the trade circles. Narasimha Naidu ended up being a big Industry hit. The fans are super excited about the film celebrating its 20th birthday.

Balakrishna’s power-packed performance, Paruchuri Brothers’ writing, Mani Sharma’s music, and the thumping background score made the film a big success. Simran and Asha Shaini’s glamour treat was an additional attraction for the film.

After 2 decades, we may witness the combination of Balakrishna and B Gopal once again at the box-office this year. The project is still in talks and the complete details of the project will come out soon.