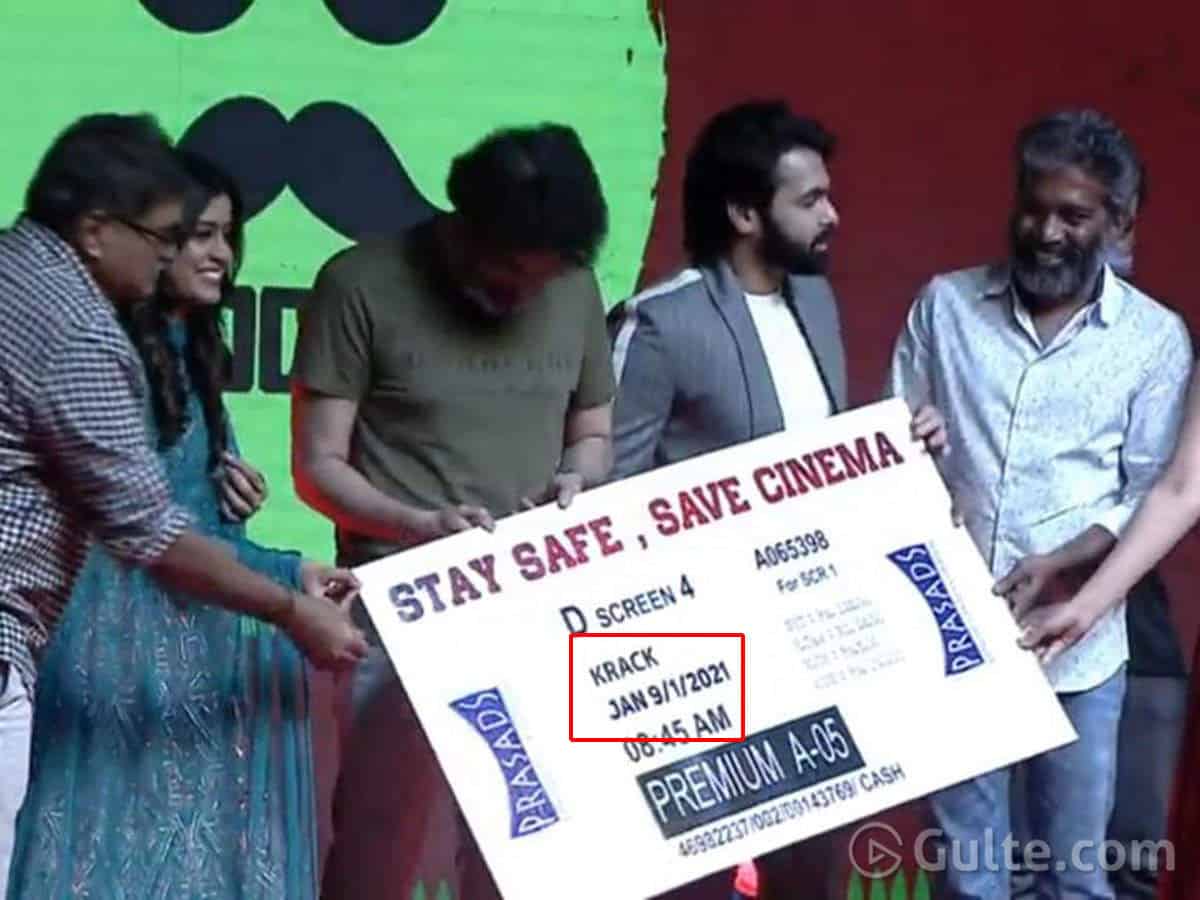 Goof ups are pretty common during film events. When you have to manage a huge event with a lot of celebrities, the goof-ups do occur but to what extent did they affect remains the deciding factor. Yesterday, the makers of Ram Pothineni’s RED unit held a pre-release event in Hyderabad. During the pre-release event, a major mistake happened which resulted in trolls. Usually, during the pre-release events, the organizers will design a movie ticket and the chief guest of the event launches it. Much to the shock of everyone, Ram’s RED unit launched KRACK movie ticket on the stage.

Shreyas Media that organized the pre-release event of KRACK also gave their services to RED producers. In hurry, they brought the KRACK movie ticket on stage. Trivikram Srinivas launched it on the stage. Later, they realized that it is KRACK ticket but not the RED ticket. The fans and movie lovers trolled the event management company for the mistake.

However, the film’s hero Ram took it in a sportive manner.

“Trivikram garu – Thank you for making the event so memorable. My dearest fans – Loved seeing you all as always. Media – Thank you for your kind words & support. @shreyasmedia – Appudappudu Thappulu Jaruguthayi..Em Parledhu..You’re still the best..cheers! Love..#RAPO” tweeted Ram on his social media profile.

Ram’s RED releases tomorrow along with Bellamkonda Sai Sreenivas’ Alludu Adhurs. We have to see which film remains a winner at the box-office.