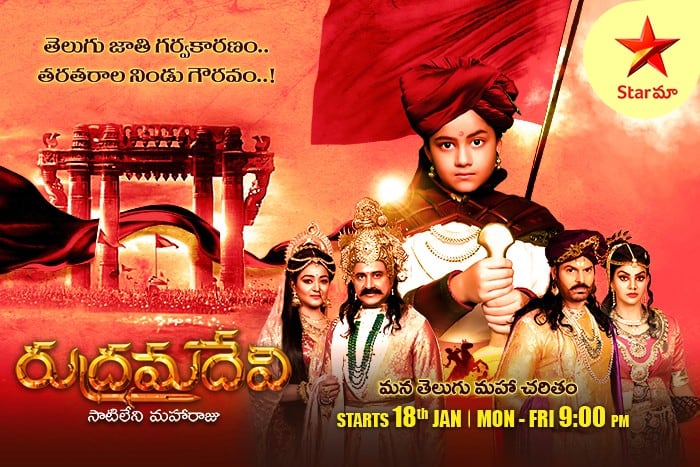 Rani Rudrama Devi is the channel’s most prestigious project so far and is created on a massive budget and significantly high technical standards. Hundreds of talented technicians have been brought together from across the nation are working to make this epic tale a reality.

Queen Rudrama Devi is one of the most powerful female characters in Telugu history. The woman who hailed from the Kakatiya dynasty had become a ruler of the Deccan region and singlehandedly drove the kingdom towards prosperity.

The unparalleled greatness that she had achieved had been recorded in the Indian history books for a long, but the entire story had never been clearly portrayed in any of the shows.

In an attempt to showcase her greatness to the world and bring her closer to the Telugu audience’s hearts, Star Maa launched this huge project covering the events of her life. Alongside making it a visual treat, the channel plans to revolutionize the way the Telugu audience pursues daily soaps and by the looks of it, it just might succeed.

Rani Rudrama Devi is going on air at 9 PM on 18th January and the channel promises that the show would be an unforgettable experience for the Telugu audience. So, Tune in.