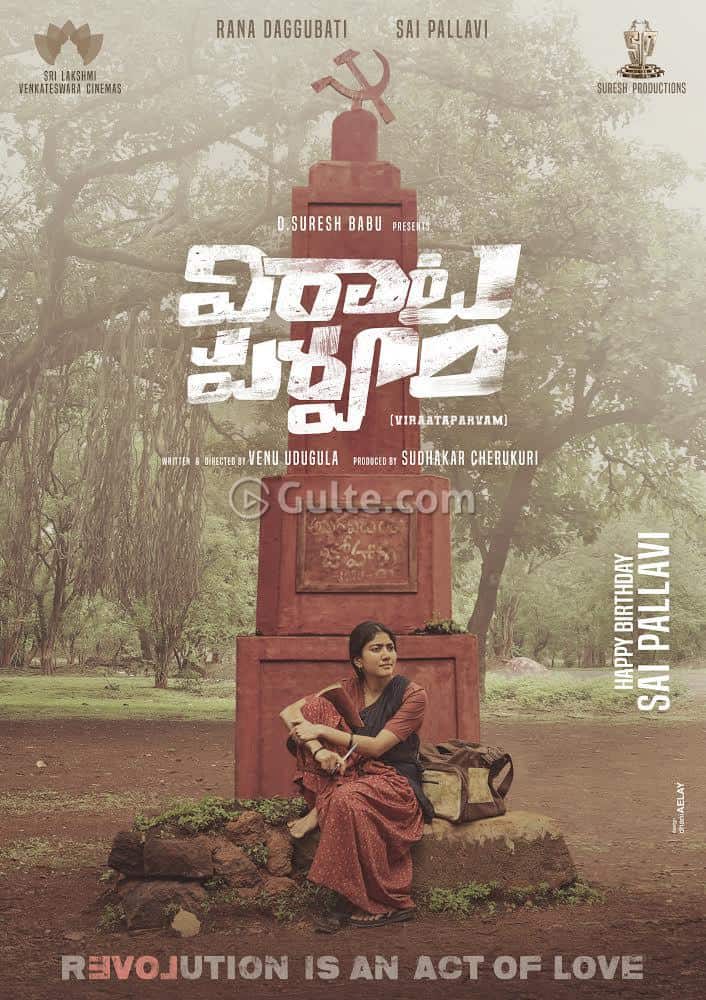 There are two kind of actresses. While one section prefers films opposite star heroes, the other section choses films which give them the space to explore their acting prowess. Our Fidaa girl Sai Pallavi falls under the second category.

Rana Daggubati starrer Virataparvam is next outing of Sai Pallavi who celebrates her birthday today. On this occasion, first look poster of the actress is released. This first look poster hints at the vigor of her role in the film.

Carrying a book and pen, sitting at martyrs’ memorial, Sai Pallavi is seen with deep thoughts. Apparently, she is waiting for someone ‘special’. Dressed in maroon color half saree, Sai Pallavi looks to be an ordinary girl.

The tagline in the poster “Revolution is an act of love” signifies that the action drama will have a heart-touching love story.

Nearing completion, last schedule of Virataparvam will commence after the lockdown. The film directed by Venu Udugula is joint production venture of Suresh Productions and Sudhakar Cherkuri of Sri Lakshmi Venkateswara Cinemas.