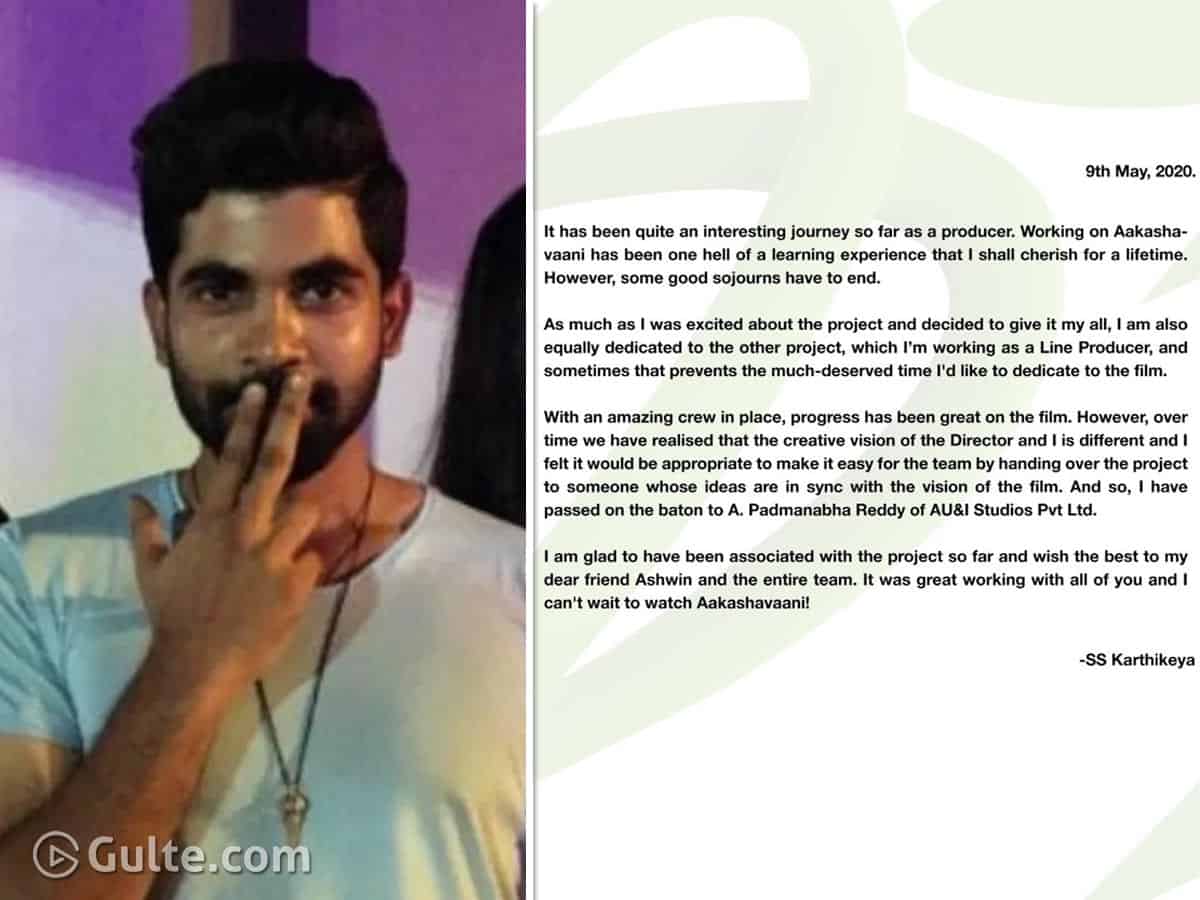 About one and half year back, director SS Rajamouli’s son SS Karthikeya has announced his maiden film as producer. Rajamouli unveiled the poster of the film titled ‘Aakashavaani.’ The film has been in production stages for nearly a year now and there was no update since its announcement.

Now we have an update but it is kind of a bad news. Yes, Karthikeya has walked out of the film citing creative differences with director Ashwin Gangaraju. Releasing a press statement, Karthikeya said, “With an amazing crew in place, progress has been great on the film. However, over time we have realized that the creative vision of the director and I is different and I felt it would be appropriate to make it easy for the team by handing over the project to someone whose ideas are in sync with the vision of the film.”

Nonetheless, Karthikeya is not deterred by these happenings and wished good luck to the entire team and also to the director Ashwin. “It was great working with all of you and I can’t wait to watch ‘Aakashavaani,” said Karthikeya in that statement further.

The film will now be handled by A. Padmanabha Reddy of AU&I Studios Pvt Ltd. ‘Aakashavaani’ features newcomers while Tamil actor-director Samuthirakani is playing a pivotal role in the movie.