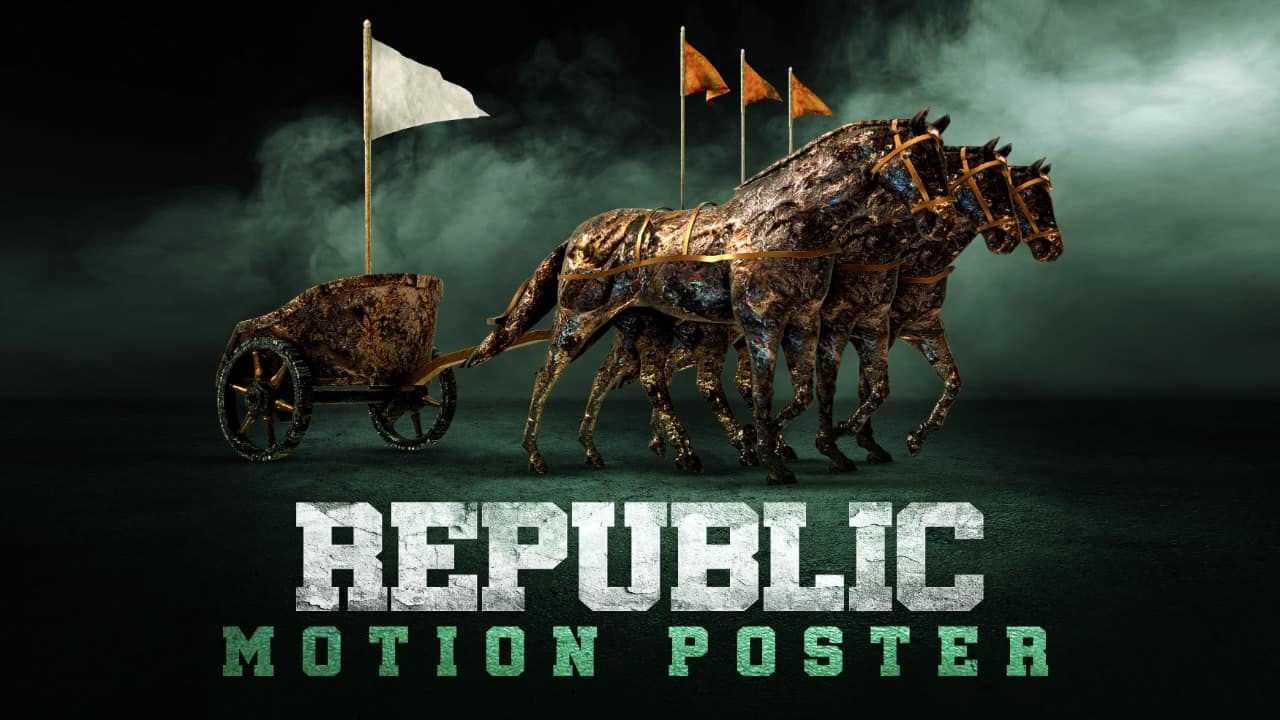 Here is the glimpse from Sai Dharam Tej and Deva Katta’s Republic. The concept teaser tells us what Republic is all about and it entirely has Prashathanam director’s trademark views on politics, democracy. The teaser begins with the voice over of the protagonist Tej in a courtroom.

The protagonist talks about the three functionaries of democracy – Legislative, Executive, and Judiciary. He says that each functionary has to correct the one another and together makes democracy a whole. This concept is very much relevant today as we are witnessing a lot of war between Legislative vs Judiciary and Legislative vs Executive and Executive Vs Judiciary or vice versa. This motion poster of Republic sets the mood and tone of the film.

Given the prevailing political conditions in the two Telugu states, Republic is expected to set tremors politically as well. Mani Sharma’s backrgound music is flawless. The film features Aishwarya Rajesh as Tej’s love interest. It stars Jagapathi Babu, Ramya Krishna in powerful roles. If all goes well, Republic may hit the screens this Summer.