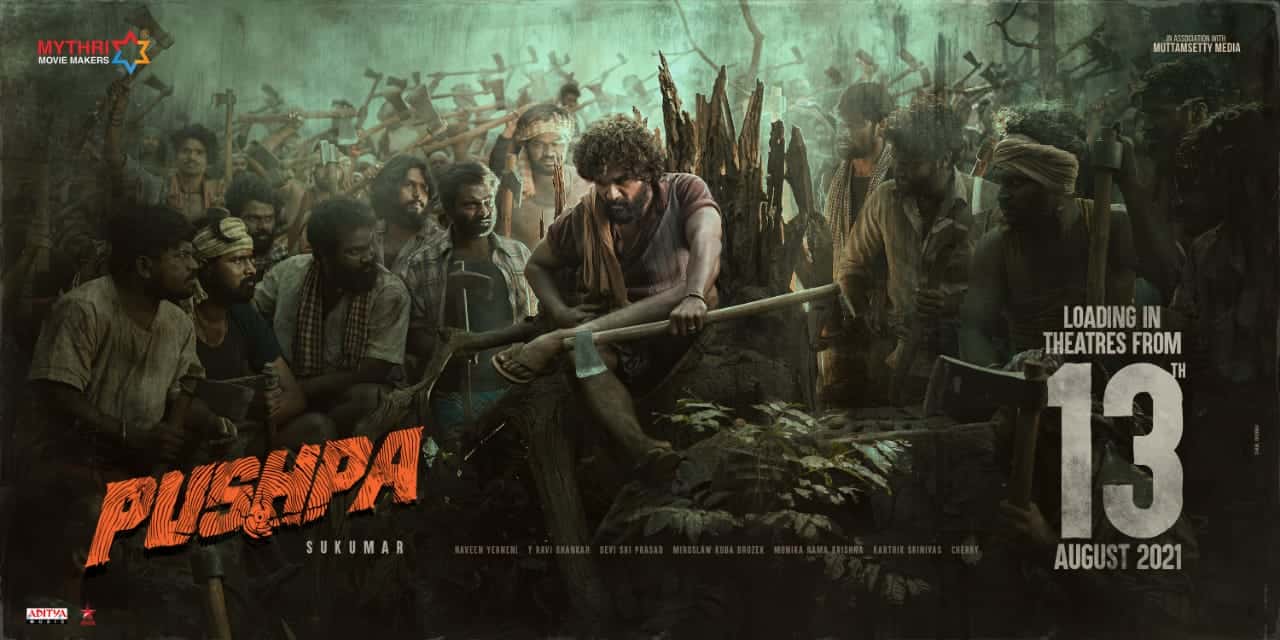 Stylish star Allu Arjun has made a surprise announcement short while ago about the release date of his upcoming movie ‘Pushpa.’ Taking to his Twitter, Bunny posted a new poster of ‘Pushpa’ which has the release date which is on August 13th. This means the film will strike the box office as Independence Day special. The film will have simultaneous release in 5 languages – Telugu, Tamil, Kannada, Malayalam and Hindi.

“#PUSHPA loading in theatres from 13th August 2021. Excited to meet you all in cinemas this year.Hoping to create the same magic one more time with dearest @aryasukku & @ThisIsDSP,” tweeted Allu Arjun.

The announcement poster is also terrific as we can see a de-glam Bunny who is completely unidentifiable. With the uneven hair and beard, Bunny is seen holding an axe which hints about his role from the movie.

Pushpa is based on red sanders smuggling and Allu Arjun will be seen as a smuggler. Being directed by Sukumar, this is the third collaboration of the director and hero.

Makers of Pushpa have planned a massive release in the five languages for the simultaneous release. As Pushpa marks Allu Arjun’s Bollywood debut, fans of Bunny are super excited. Rashmika Mandanna is the leading lady while Devi Sri Prasad is composing music.