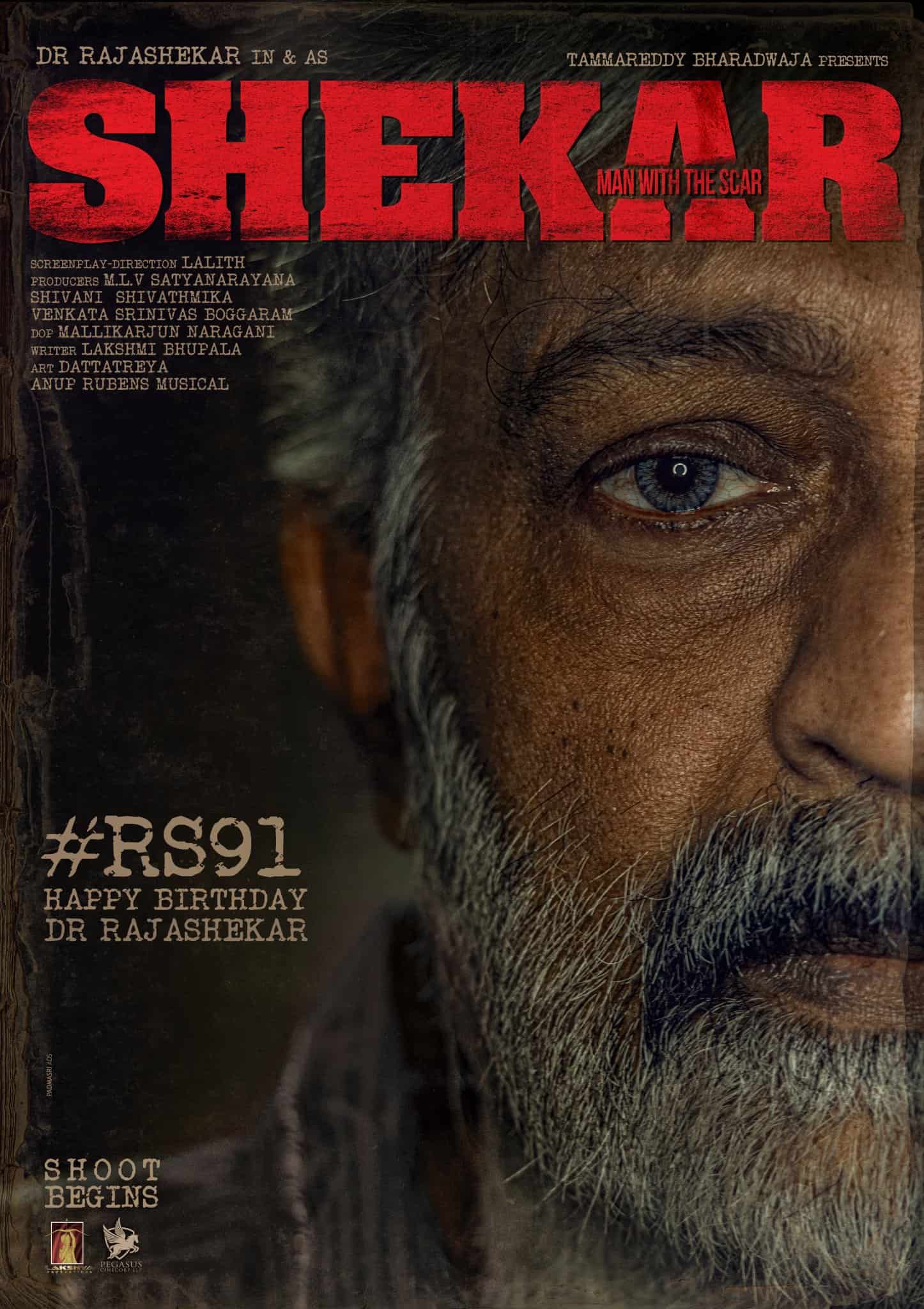 Since ‘PSV Garuda Vega’ Rajasekhar has changed his style of signing films. Opting for different scripts, his selection is somewhat good even though the response is mixed from audiences. Thursday happens to be the birthday of Rajasekhar and so his 91st film is announced along with the first look.

The film is titled ‘Sekhar’ and has the tagline ‘Man With The Scar.’ Rajasekhar’s half face appears in the first look poster with a completely grey beard and moustache. His eyes are blue in colour and it adds up to his look.

‘Sekhar’ will be directed by Lalith and very soon the film would go to the floors. Rajasekhar’s daughters Shivani and Shivathmika are bankrolling the movie while veteran filmmaker Tammareddy Bharadwaj is presenting it.