Radikaa Takes Us Down The Memory Lane 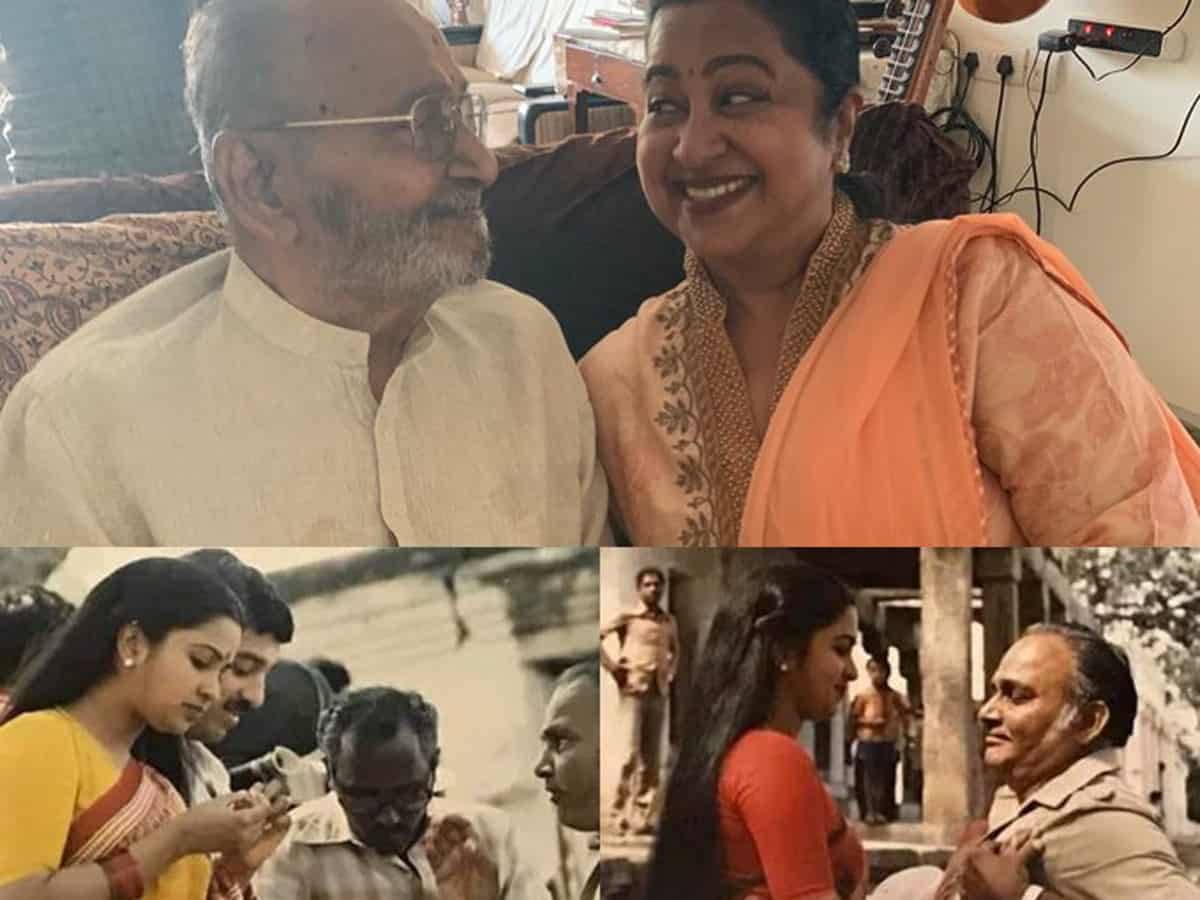 The ever-gorgeous and talented Radikaa Sarathkumar met Kala Tapaswi K Viswanath Garu in Hyderabad. The actress shared a bunch of throwback pictures in a montage form on her Twitter, which is nothing short of ecstasy to fans. The pictures have certainly relived old memories.

Along with some throwbacks, Radikaa also shared a picture of the duo from their latest meeting. Viswanath Garu is seen smiling wholeheartedly and Radhika makes eye contact with him. The duo have worked together for classic and pioneering movies like Swati Mutyam and Swati Kiranam in 1985 and ’92 respectively. The throwback pictures were of behind-the-scene stills from these movies. Not to mention, the images look classy and refined with the grace that these two emit.

The actress wrote, “#kvishwanath had the pleasure of visiting him today in Hyderabad #swatimuthyam #swathikiranam , memorable moments, memorable films and characters and so much to learn from this legend.”

Netizens were filled with full of nostalgia and instantly left lovable comments on the post. Fans have expressed how pleased they were to see them both. On the acting front, Radikaa has been roped in to play a pivotal role in an untitled flick with Taapsee and Vijay Sethupati. The film is directed by debutant Deepak Sundarajan. Along with it, the veteran actress will also be seen in music composer and filmmaker James Vasanthan’s next directorial venture, titled O Andha Naatkal.