Anasuya Gets Her Own Postal Stamp 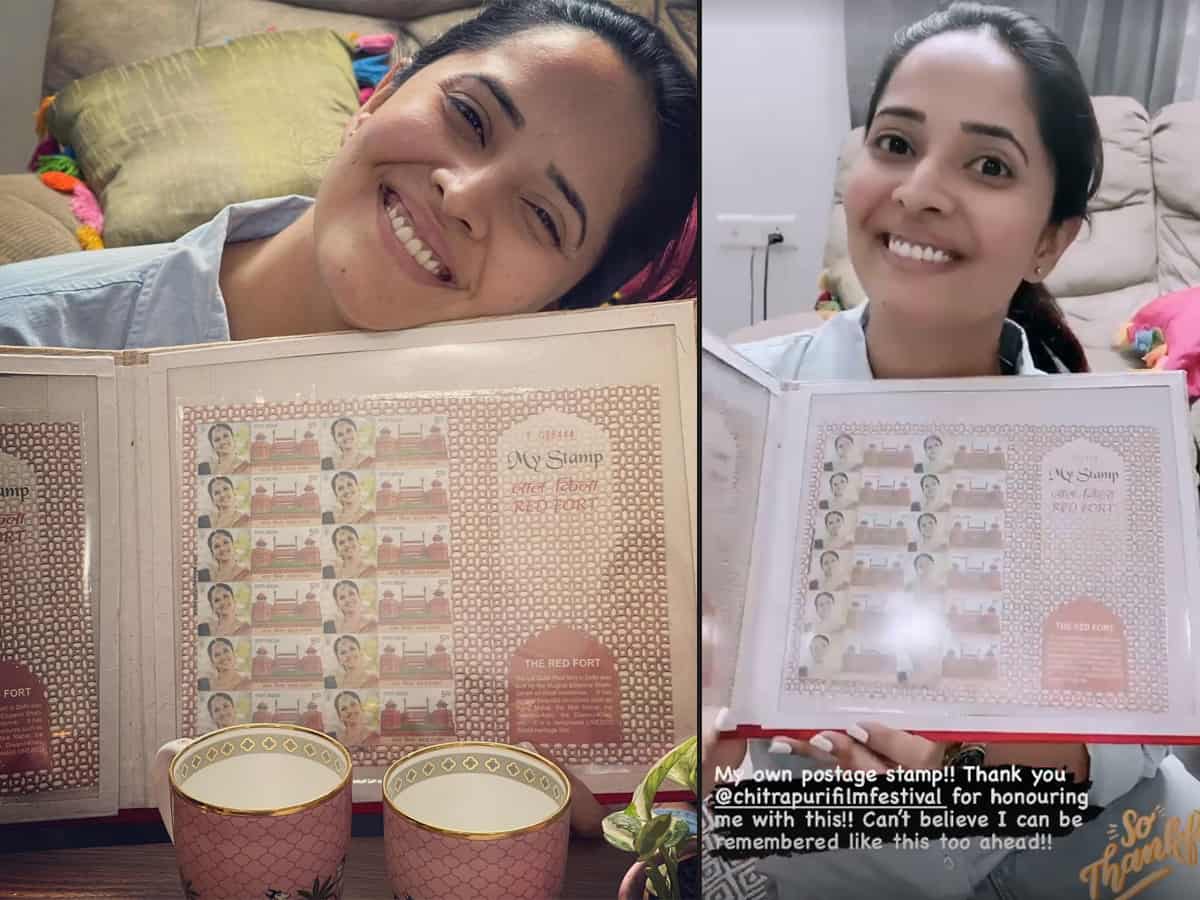 Popular television host-actress Anasuya seems to be the happiest woman right now. Telangana’s Chitrapuri film festival honored her with her own postal stamp.

Anasuya revealed the same expressing her happiness and also gratitude to them for considering her for the honor. Chitrapuri Film Festival is bringing out the untold and unsung stories of many inspiring women for Women’s day this year.

Anasuya wrote, “An immense honor for life and beyond!! My own postal stamps!! I don’t know what I did to deserve this consideration from you @chitrapurifilmfestival !! I am proud of you already even before this pamper.. of the great initiative you are taking to encourage the unsung… I hereby pledge to be/do all that I can for all the greater good you are doing and will do! 🧿🥺🥰 #ThankfulGratefulBlessed😇🙏🏻.”

Anasuya tried to be modest saying she did not know what she did to deserve this consideration from Chitrapuri Film Festival, but as a successful woman and an inspiring woman, Anasuya deserves the honor.

The actress also pledged Chitrapuri to be/do all that she can for all the greater good they are doing and will do.