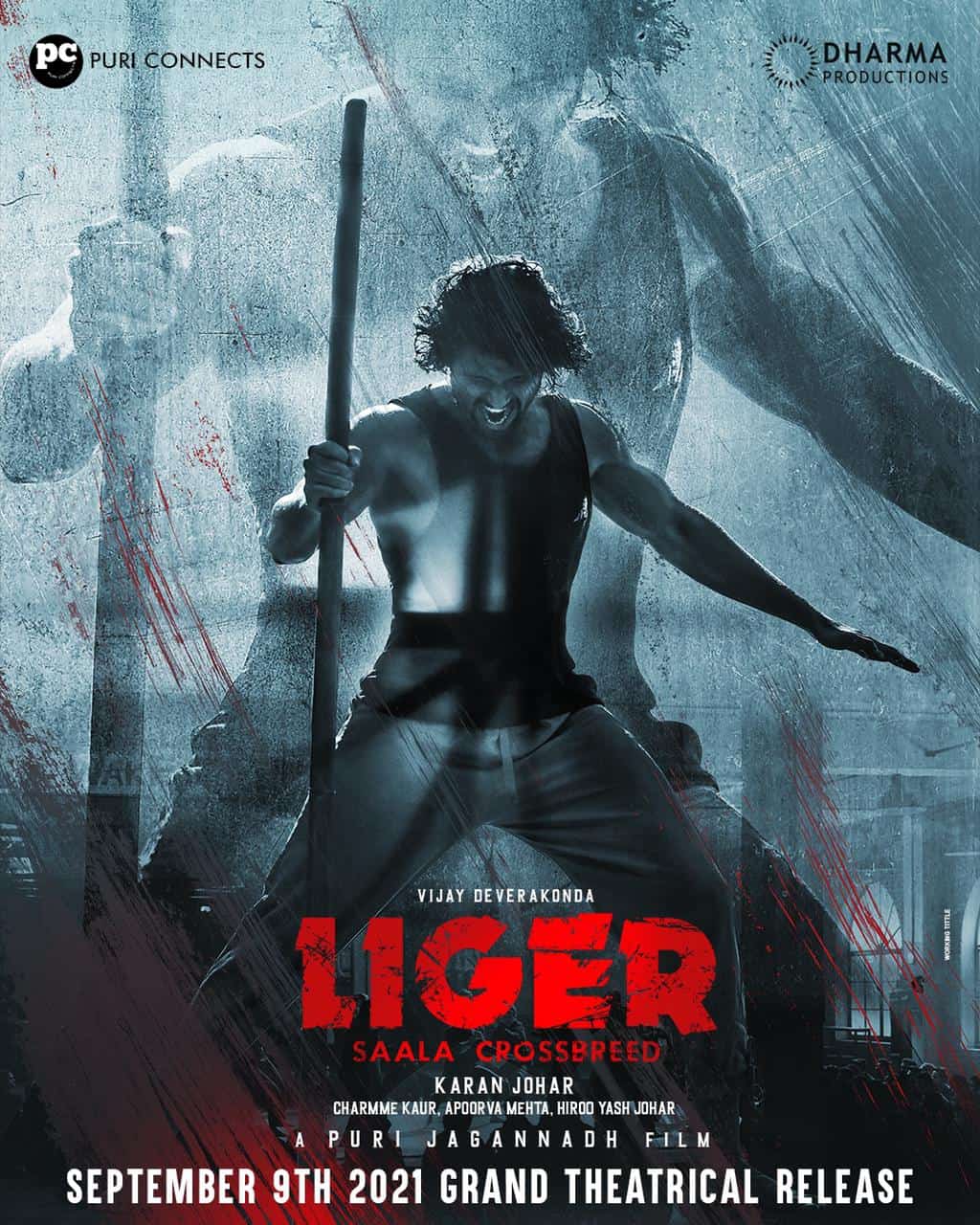 Due to unfavorable conditions in Mumbai, the team Liger took this long to resume the film’s shoot. Along with the protagonist Vijay Deverakonda and lead actress Ananya Pandey, Ramya Krishna, Ronit Roy and others will also be taking part in the new shooting schedule in Mumbai.

The team has announced September 9th as theatrical release date with a brand new poster. Vijay Deverakonda looks ferocious as he screams in anger holding a bo staff in his hand. Sporting a sport vest and track pants, Vijay with long hair looks dashing here.

Theb background sees Vijay Deverakonda fighting with his opponent in boxing ring and there’s huge crowd to cheer their favorite. The release poster is extremely imposing and coveys the message of what the film is all about.

A specialist in showing his lead actors in a never seen before trendy looks, Puri Jagannadh presents Vijay Deverakonda in a totally different and impressive look.