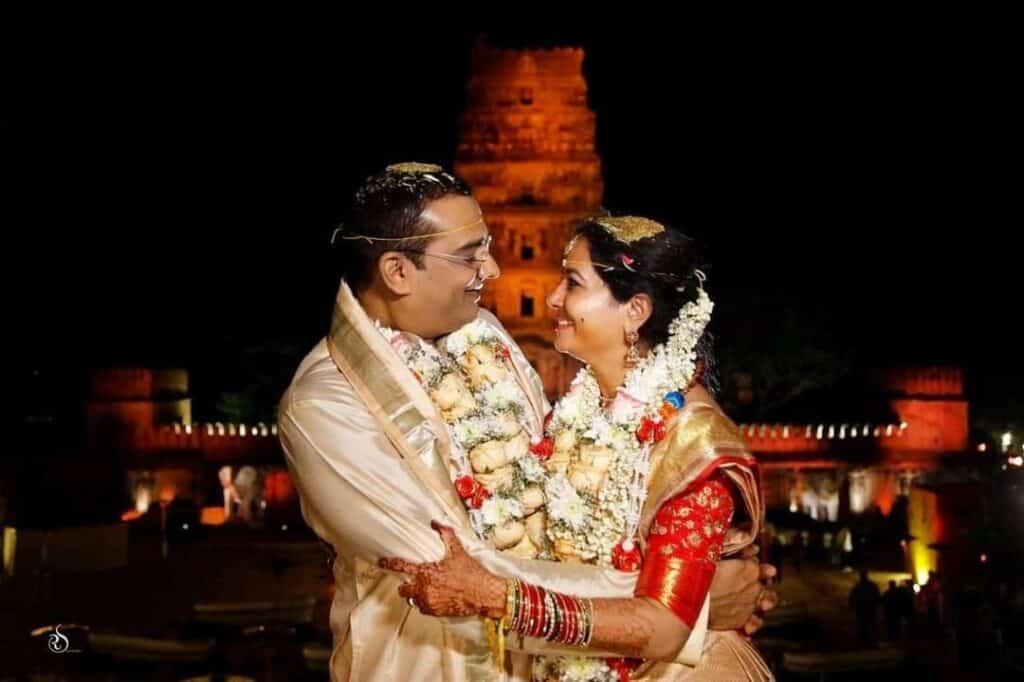 Tollywood’s popular singer Sunitha, who tied the knot with digital entrepreneur Rama Krishna Veerapaneni last month in a close-knit affair shared a few deets about their love story on Valentine’s day. Sunitha said that she knows her husband Rama Krishna for a long time and they shared a good rapport.

“During the lockdown, Ram once called me regarding my professional work. While making a conversation, I asked Ram “So.. are you going to live like this (single) all your life or is there any plan of getting married in the future?” the singer quoted. She added, Ram immediately replied “I want to marry you. In fact, I was trying to convey my feelings to you from the past 7 years”. Ram took 7 years to express his love towards the Singer.

Sunita said that she discussed the same with her parents and children. “My family have immediately okay-ed for the wedding and they were all very happy for me. Ram also told his feelings on me to his family and they are fine with the decision, too. Later, Ram and his family came to our residence for the first time and the photos which went viral on the internet were from that day. We exchanged Thamboolam (engagement) on this auspicious day,” said Sunitha.

Sunitha concluded that she and Ram were unaware of the photos and news disclosing out on the internet. Later, the couple learned the same when friends and acquaintances from the industry started calling and wishing them. In fact, the singer told that even her children were angry at her about the engagement (laughs).

My daughter said, “You should have informed us beforehand about the engagement. We would have at least wore right clothes for the big day. Why did you hide it from us?”. Sunitha clarified to her kids that it was impromptu and Ram’s family gave Thamboolam without her knowledge. She later prasied her children for being supportive all through the way.