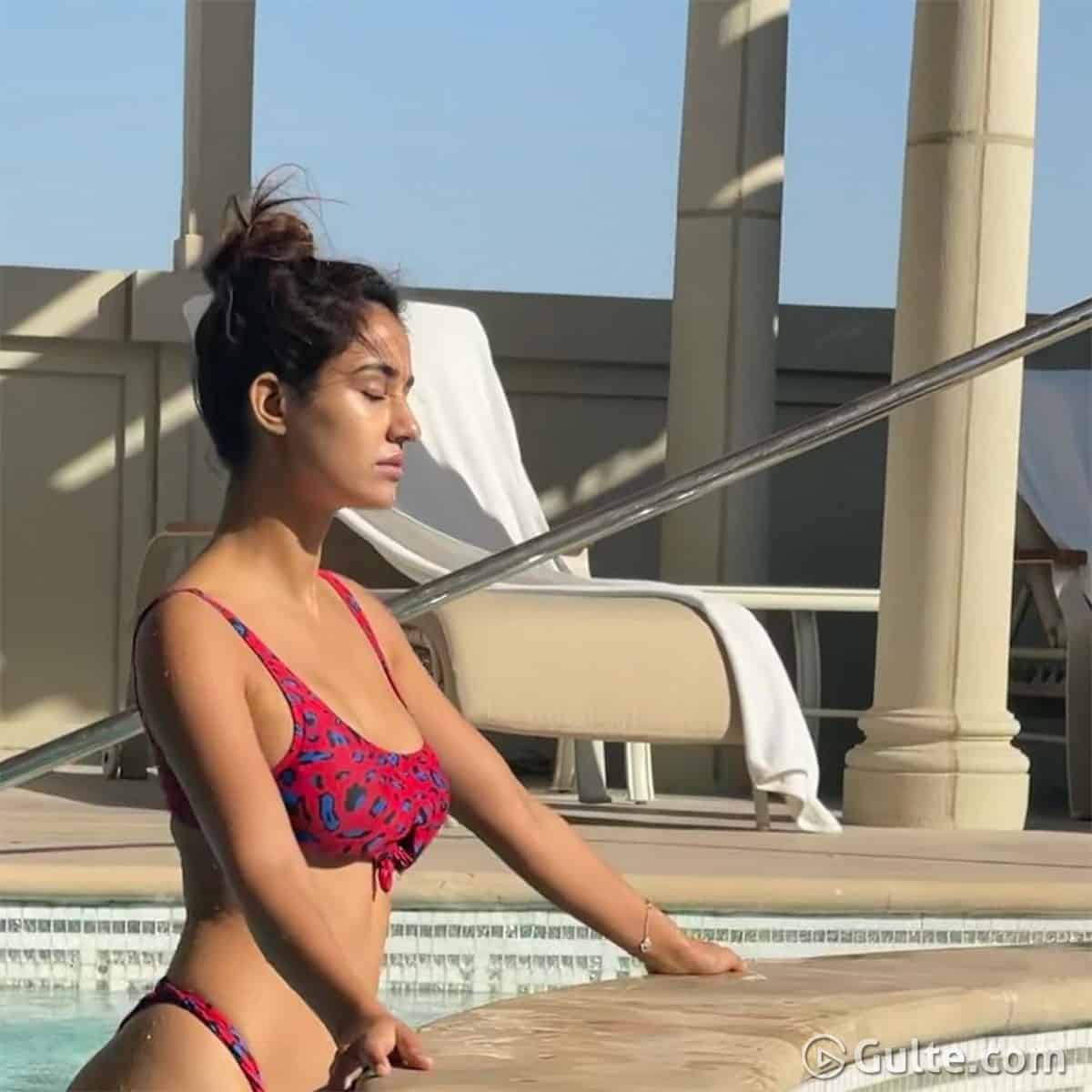 Disha Patani and her bikini pictures by the seashore are a treat to watch. The beautiful actress who made her debut with Loafer in Telugu is active on social media. On Instagram, she shares her trip pictures, photoshoots, and candid photos. On Tuesday, she posted a picture that took social media by storm. She is seen standing in the pool to one end, keeping her eyes closed.

Disha is in direct contact with Sun in the picture. She is taking a sun-bath, wearing a red bikini with blue-colored symbols. The bikini wear perfectly suited her toned body and we just can’t take our pictures off her.

On the work front, Disha Patani’s next film is Ek Villain 2. She will be seen alongside John Abraham and Arjun Kapoor. Mohit Suri is the film’s director. The movie will hit the screens on 11th February, next year. Disha is also awaiting the release of her next film Radhe, starring Salman Khan in the lead. Disha also signed Ekta Kapoor’s KTina.