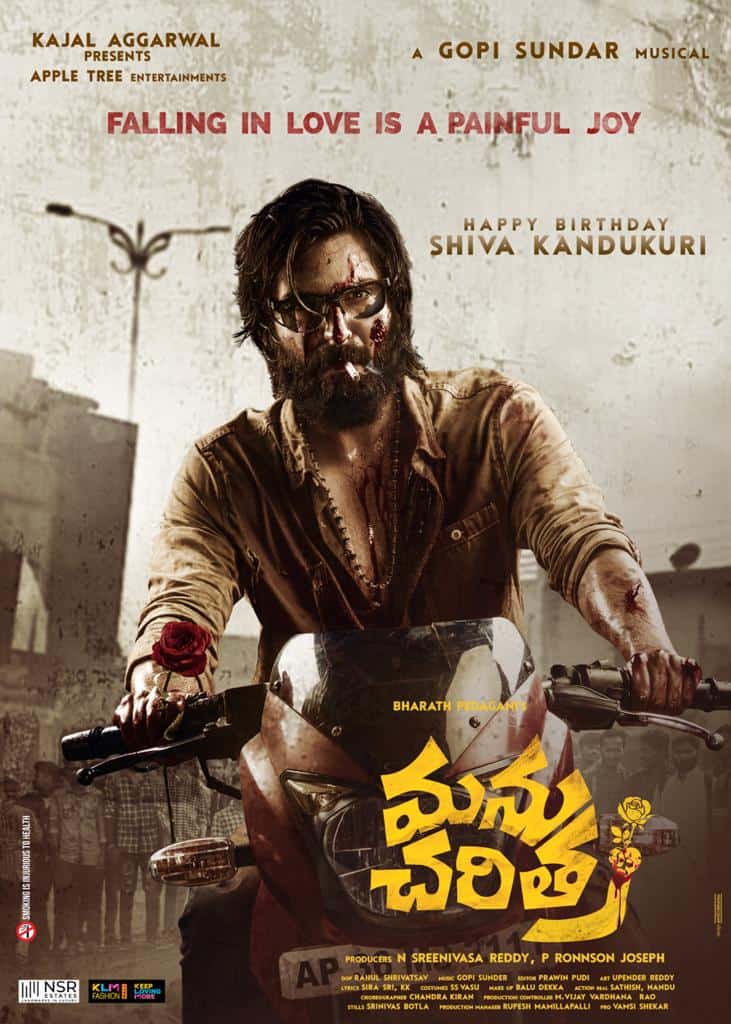 On the eve of Shiva Kandukuri’s birthday, the team Manu Charitra has unveiled the first look poster of the film. Shiva Kandukuri appears in an intense avatar with a different hairdo and beard. There are injuries all over his body and he carries a rose flower while riding the bike.

Director Bharath Pedagani shows the young hero in a completely different look from what we had seen him in his debut flick. And, he looks apt in it. The film comes up with the caption- Falling In Love Is A Painful Joy and the poster too portrays the same.

Megha Akash and Priya Vadlamani are the female leads opposite Shiva. Kajal Aggarwal is presenting the romantic action drama produced by N Sreenivasa Reddy and Ronnson Joseph. The film has music by Gopi Sunder.