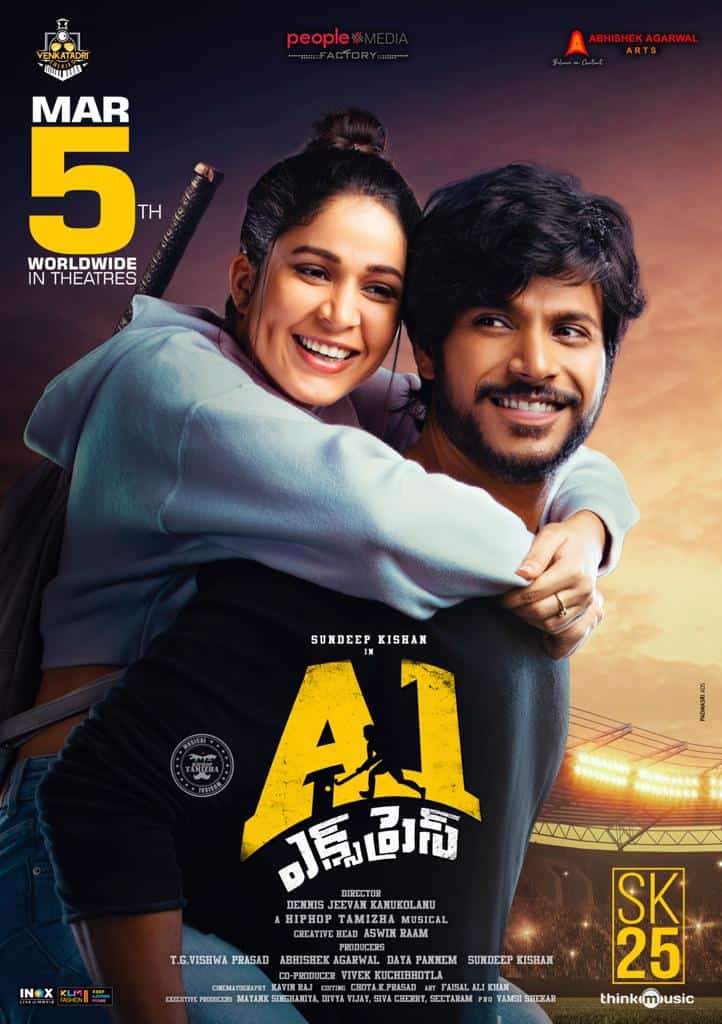 Young hero Sundeep Kishan’s sports drama A1 Express gets its release date. The film directed by Dennis Jeevan Kanukolanu will hit the screens on March 5th. Official announcement is made regarding the release date with a brand new poster and the romantic chemistry of Sundeep Kishan and Lavanya Tripathi is charming.

A1 Express marks 25th film of hero Sundeep Kishan who is also producing the film and is taking special care to score memorable hit with his milestone film. In fact, the film’s trailer too was well-received, as it clocked over 8.5 M views. Hiphop Tamizha has rendered tunes and first two songs were chartbusters.

There are good prospects on A1 Express and given it is first Telugu film on hockey, there’s special interest on the project bankrolled by People Media Factory in association with Abhishek Agarwal Arts and Venkatadri Talkies.