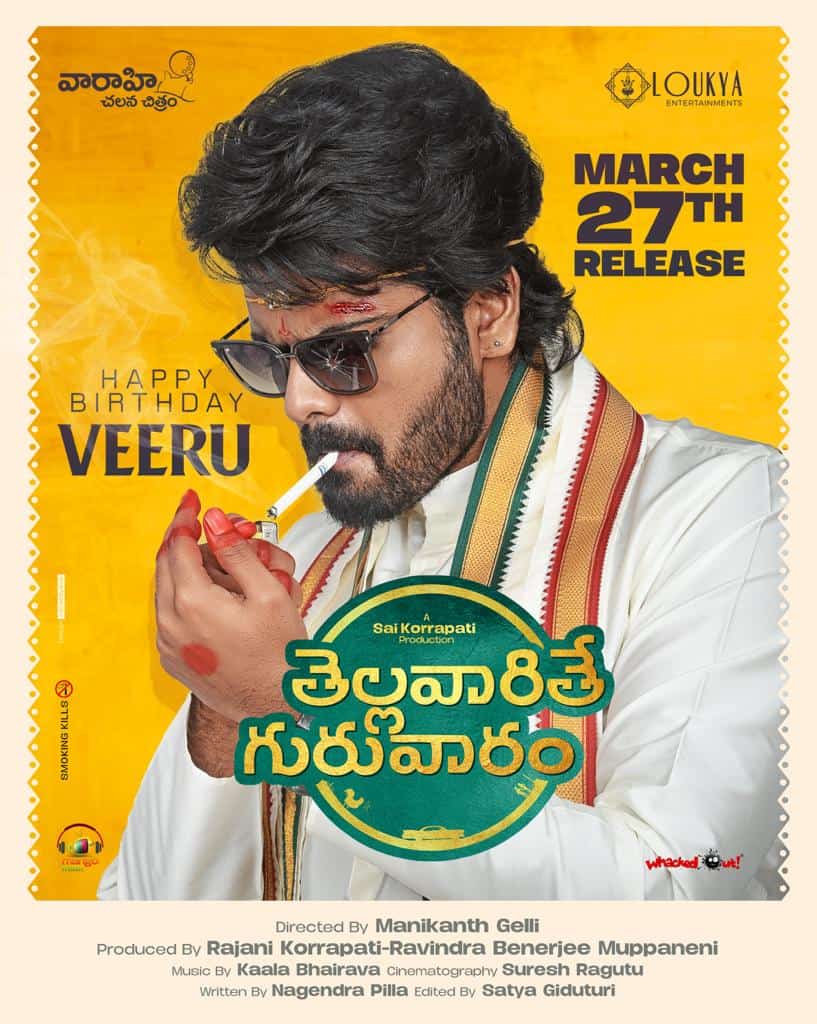 Displaying his interest in doing different kinds of films, Sri Simha Koduri did a dark comedy thriller Mathu Vadalara as his first film as hero. His new film Thellavarithe Guruvaram also seems to be a new age romantic drama with a unique point. Meanwhile, Sri Simha Koduri’s character name in the film is unveiled as Veeru on the occasion of his birthday.

The birthday special poster sees Sri Simha Koduri smoking cigarette in groom avatar, sporting shades. This is another interesting poster and going by all the posters released so far, Simha Koduri will have a peculiar characterization in the film.

Sri Simha romances Chitra Shukla and Misha Narang in the film directed by Manikanth Gelli and produced by Rajini Korrapati and Ravindra Benerjee Muppaneni. Kaala Bhairava has rendered the tunes. Thellavarithe Guruvaram will hit the screens on March 27th.