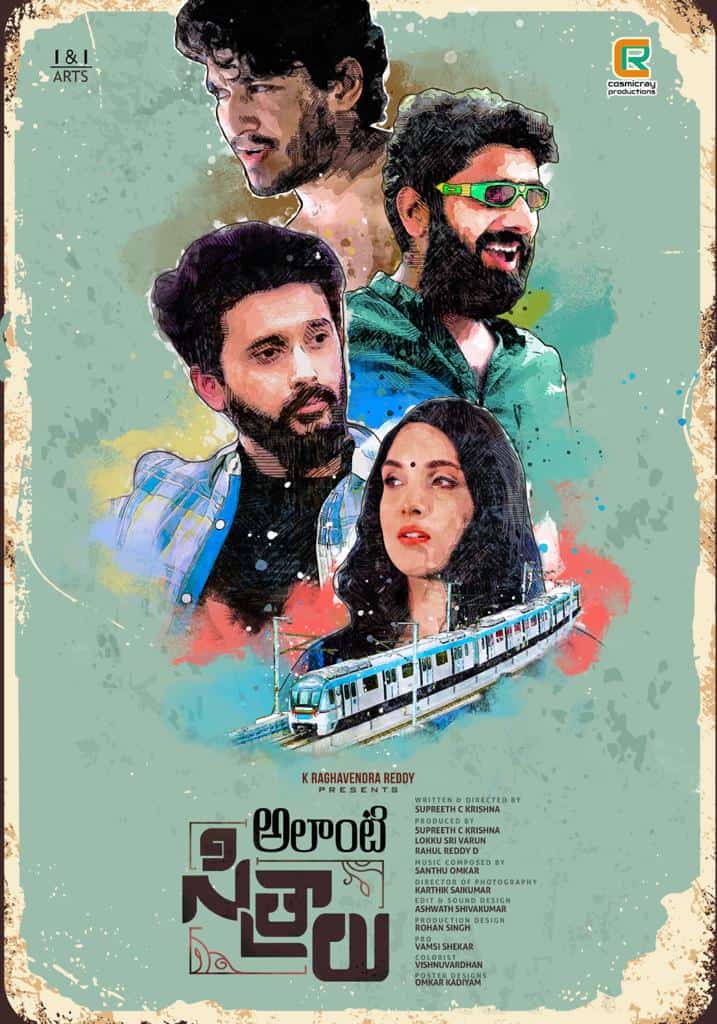 The poster looks so artistic and looks instantly impressive. It is the story of four different people when they cross their paths unexpectedly. The train in the poster hints at the probability of the film happening in a metro train.

The movie production is in the final stages and the makers are planning to release it in the last week of March.