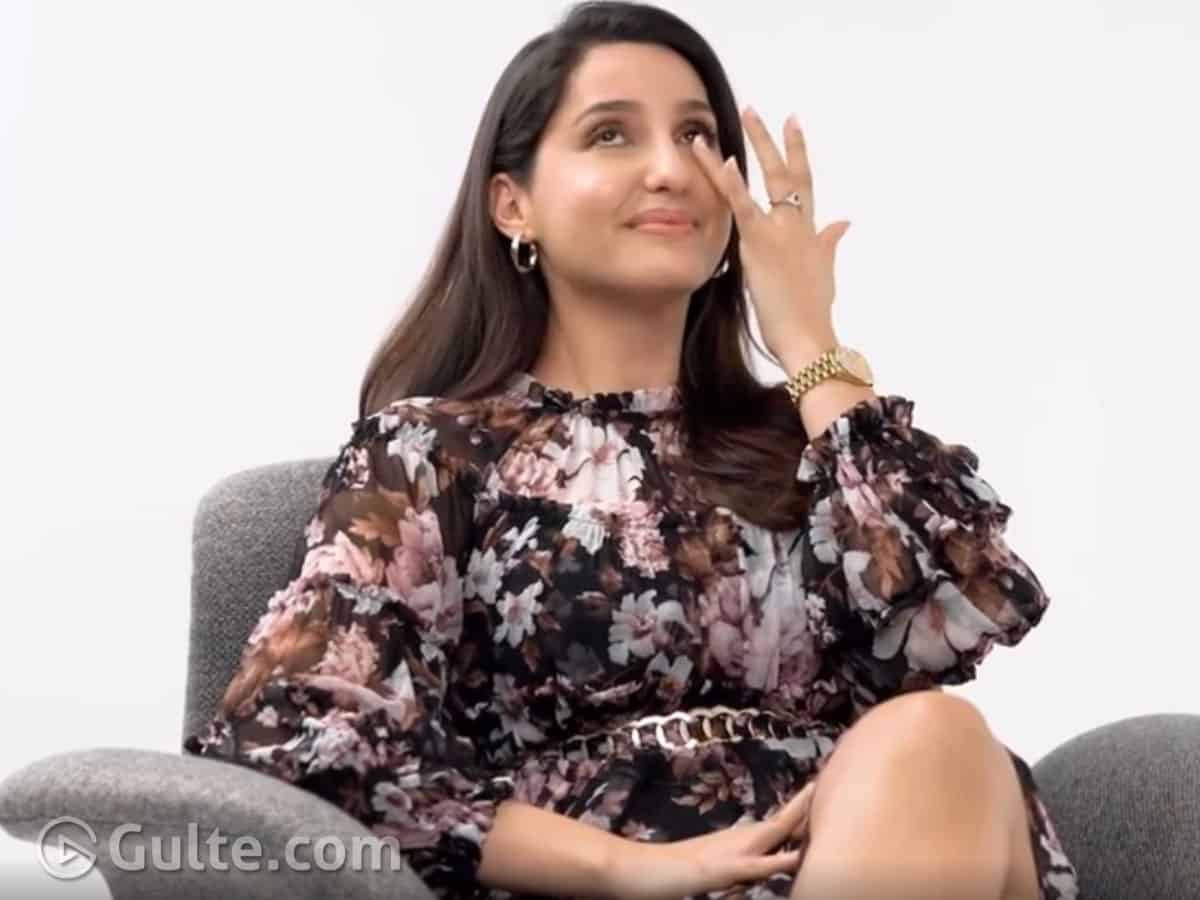 One of the best dancers of Bollywood, actress Nora Fatehi shared a video snippet on her Instagram account that gives us a glimpse of her recent interview. The actress is seen sharing deets on struggles she faced in life and how hard was it on her to make her dreams come true.

Nora was brought up in Canada and she came to India with only one dream on her mind and that is, to achieve fame and stardom. The interview, which was hosted by Dubai-based YouTube show host Anas Bukhash, Nora is seen getting emotional while recalling her struggle. She said if anyone else would have been in her place and gone through all that she faced, they would have certainly given up.

Struggling is a part and parcel of every success story and Nora’s story is no exception. Nora further said in the interview that she met several ‘vicious people at the beginning of her career, both in India and Canada and all they did was to bring her down by discouraging and bullying. However, the actress endured all and with perseverance, she could smash all the barriers.

“You think you meet all these kind of people and realise the world is vicious but also… I will tell you why I cried because maybe other girls went through the same things as me and gave up. It’s so easy to give up. And I thought about the people I met, who really brought me down… Not in India, but everywhere. Even in Canada, where I was just hustling,” Nora is heard saying in the video.

Nora, with tears in her eyes, quoted that if someone had to go through even half of what she went through, they would have been “shattered” and lost “hope”. “If a human loses hope, it’s the worst thing. I keep thinking that even if 50 per cent of the things that I went through if a girl or a guy went through, it would have been one more person in the world that we would have lost. They could have been a great person, a person who made an impact, a difference in the world.” She urged parents to instil confidence and hope in kids and not stop them from doing what they want to achieve.

She also captioned the video as – “One of my most vulnerable, real and honest interviews ever, i have read all ur messages and comments and it makes me feel so happy that u guys have connected with me on a human level and have understood me! Many have related to my story, my feelings and my thoughts, many have said they are inspired more than ever before! This gives me strength and drives to continue on my path and my dream to fulfil the bigger plan, to instil positivity, hope, upliftment and enlightenment via my presence ! And we are getting there slowly! Everyone who has reached out to say thank u for me opening up and being transparent like this i want to say thank u for taking the time to genuinely watch my interview and for respecting my journey, my thought process and admiring me i always say im grateful and lucky to be able to connect and touch people globally on a human level! I wudnt have it any other way! If i can motivate and represent then im on the right track!”