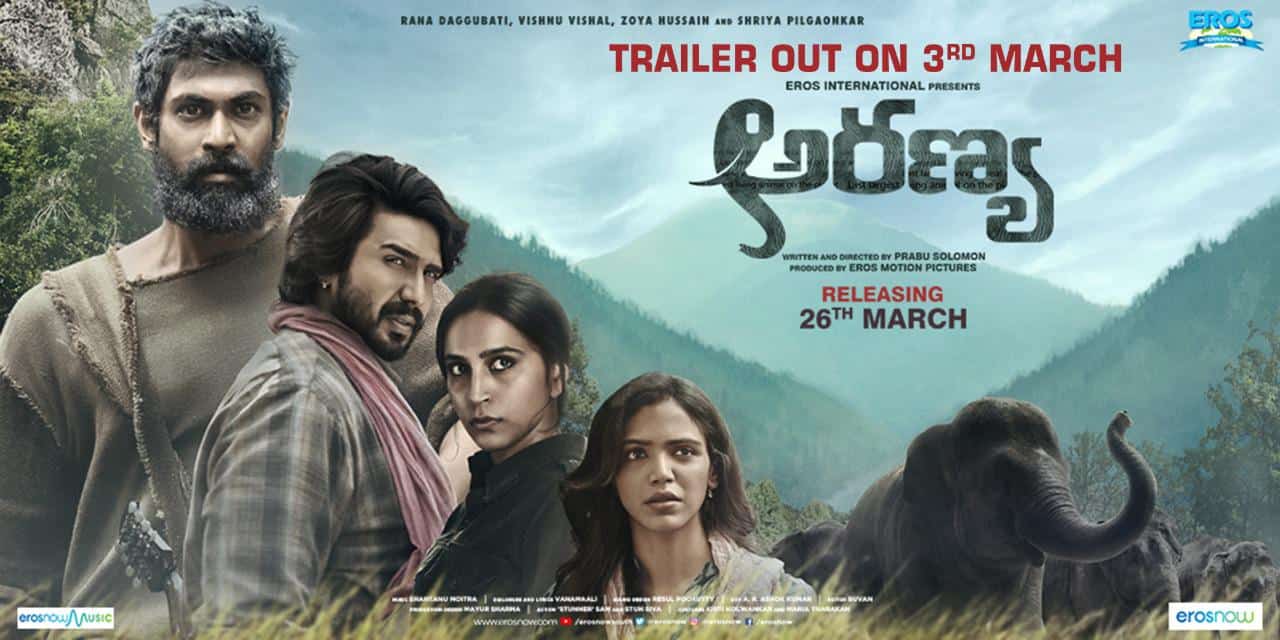 Handsome hunk Rana Daggubati will have two releases this summer. While the Pan India film Aranya is set for release on March 26th, Virata Parvam will hit the screens on April 30th. Meanwhile, the makers of Aranya have announced to release trailer of the film on March 3rd.

Along with Rana, the poster sees Vishnu Vishal, Zoya Hussain and Shriya Pilgaonkar with rage in their faces. Elephants and forest can also be seen in the background.

Aranya is directed by Prabhu Solomon under Eros International. Rana will be seen as a jungle man called Bandev.