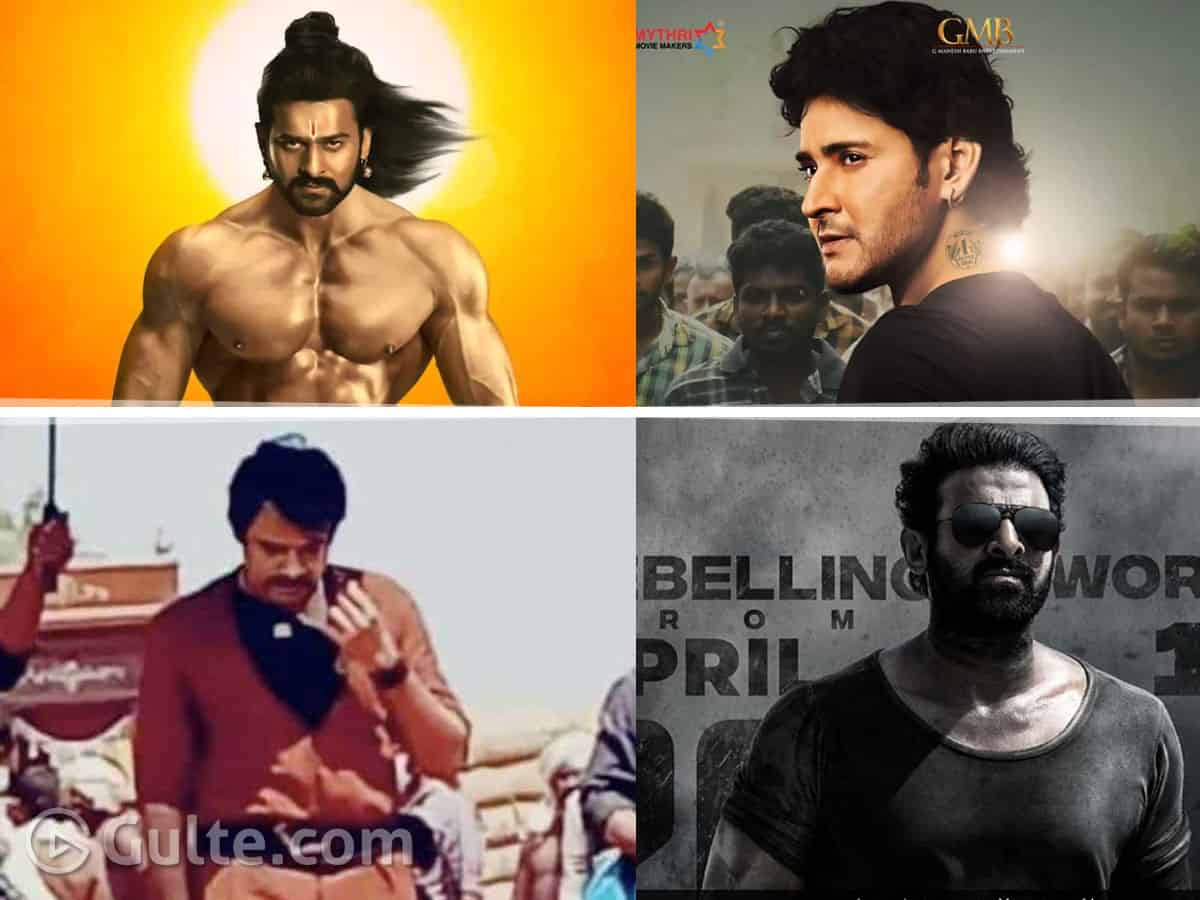 Until recently, Tollywood filmmakers were in a mad rush to announce the release dates for their upcoming films in 2021. But, the makers of the four upcoming big budget flicks starring top Tollywood heroes like Prabhas, Mahesh Babu and Pawan Kalyan have gone a notch higher and already sealed a few festive dates in 2022.

Firstly, it was Prabhas’ Adipurush that sealed the 2022 berth a couple of months ago. Adipurush will be having a humongous pan-international release on August 11, 2022, to cash in on the Independence Day week advantage. The film marks Prabhas’ straight Bollywood debut, and expectations among fans on this epic magnum opus are sky-high.

And a couple of weeks ago, Mahesh Babu’s Sarkaru Vaari Paata was confirmed for a Sankranthi, 2022 release. The film is currently under production and it has wrapped up two crucial schedules in Hyderabad and Dubai. Mahesh’s stylish hairdo and bulky body have resulted in a super positive buzz for SVP.

And yesterday, the makers of Pawan Kalyan’s keenly awaited period action drama ‘Harihara Veeramallu’ too have locked a Sankranthi, 2022 release for their film. In this 15th century film with a Mughal India era backdrop, Pawan plays a Robinhood-like role and this is enough to let his fans go crazy. Also, this Krish directorial will be Pawan’s first pan-India film.

Finally, Prabhas’ Salaar also got its release date announced yesterday. This Prashanth Neel pan-India gangster drama will be releasing on April 14th next year. The film has a huge initial advantage at the boxoffice, as the release date is followed by a Good Friday long weekend.