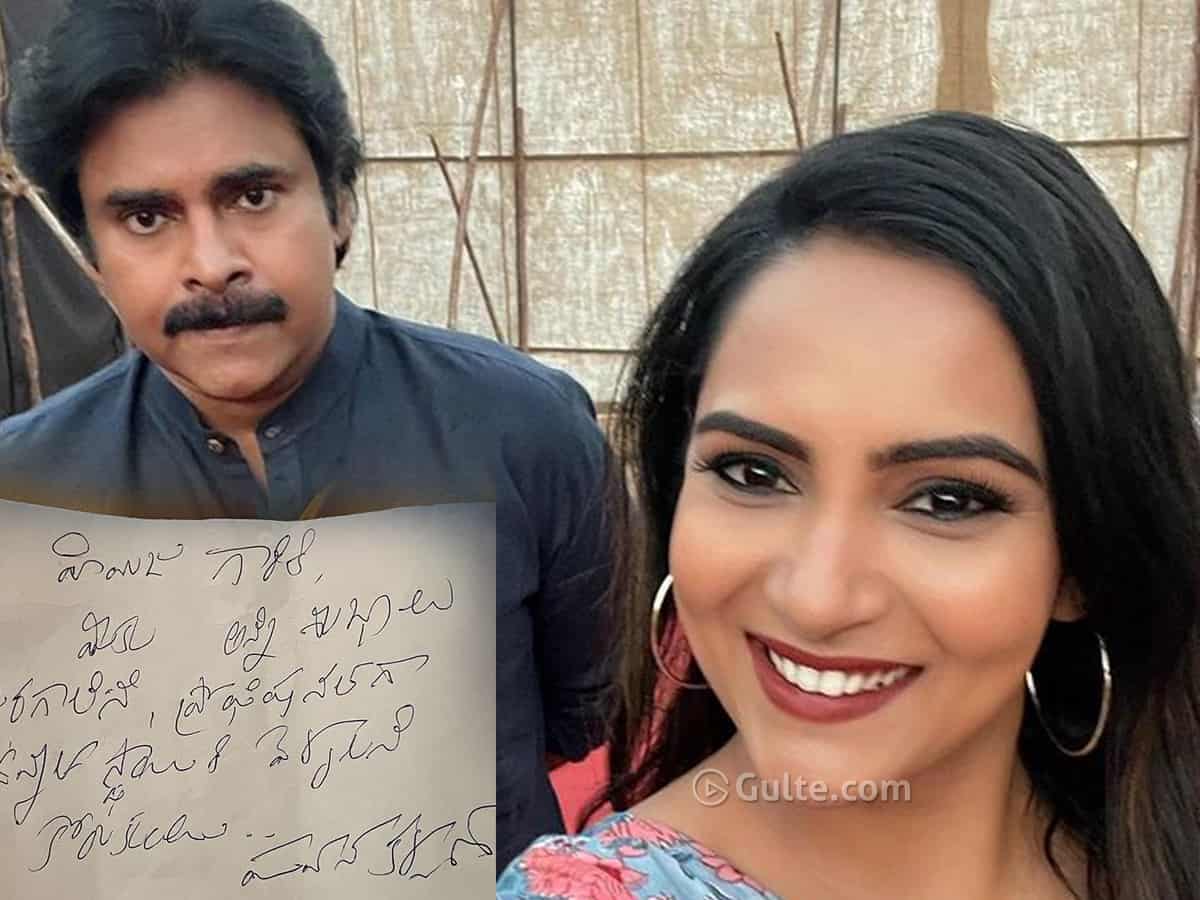 Powerstar Pawan Kalyan is a man of simplicity. He always takes some time out for his colleagues in the film industry to convey his best wishes on multiple occasions. He gifts freshly grown Mangoes and also sends gift hampers to celebrities now and then. Now, he made artist Himaja’s day by penning a special hand-written note. Himaja who was earlier seen in Satamanam Bhavati, Nenu Sailaja, and a few other films is sharing the screen space with Pawan Kalyan in his next film, directed by Krish Jagarlamudi.

Himaja posted the hand-written note picture on Instagram and shared her excitement as well as happiness. “No words and no emojis can show my feeling right now #today #pspk #pspk27,” she wrote. Pawan Kalyan wrote, “Himaja Garu, I wish you the best in everything and hope to see you attain heights in professional life.”

After making a presence in the third season of Bigg Boss Telugu TV show, Himaja did not get many opportunities but she kept trying her best. Luckily, she grabbed a key role in Pawan Kalyan’s movie on which she pinned big hopes. If the film becomes a hit, she is sure to grab a handful of projects.

PSPK27 which is yet to get a title is releasing in January next year, on the occasion of Sankranthi. Niddhi Agerwal plays the leading lady. MM Keeravani is scoring the music. AM Ratnam is producing the film under Mega Surya Productions.