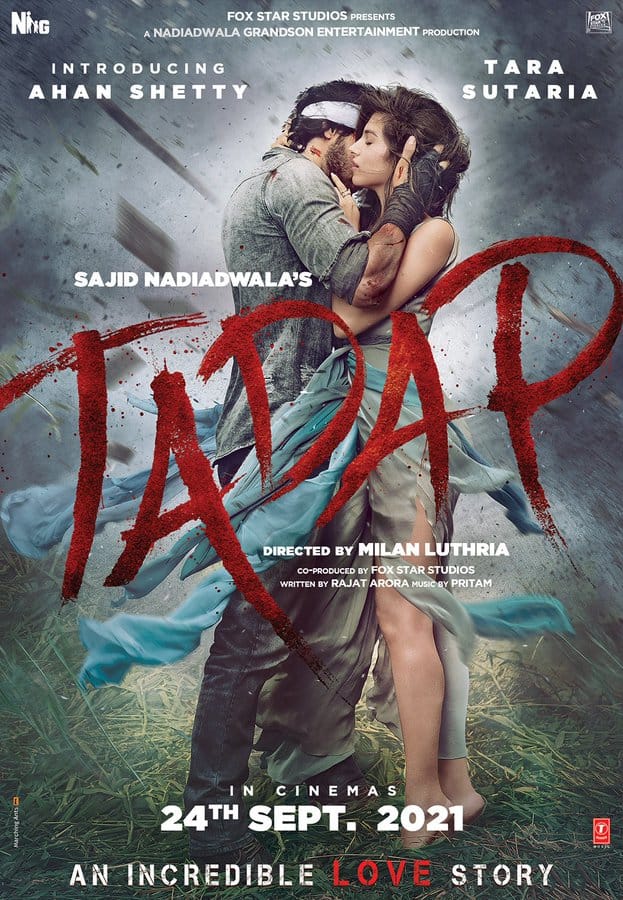 ‘RX100’ was a sensational film and it gave an overnight stardom to hero Kartikeya, heroine Paayal Rajput and director Ajay Bhupathi. The film attracted the audiences of other languages too once it made way on the OTT platform. Now ‘RX100’ is getting remade in Hindi and a Bollywood actor’s son is making his debut.

Actor Suniel Shetty’s son Ahan Shetty it is and the film is titled ‘Tadap.’ The first look of the film is also unveiled and Ahan is seen hugging heroine Tara Sutaria. ‘An Incredible Love Story’ is the tagline to the title and the first look packs an impact.

Milan Luthria is directing the movie while Pritam is composing music. ‘Tadap’ release date is also confirmed and it is on September 24th.

Let’s see whether ‘Tadap’ will impress the Hindi audiences too. Given the impression northern audiences have on Telugu films, ‘Tadap’ might get positive feedback.