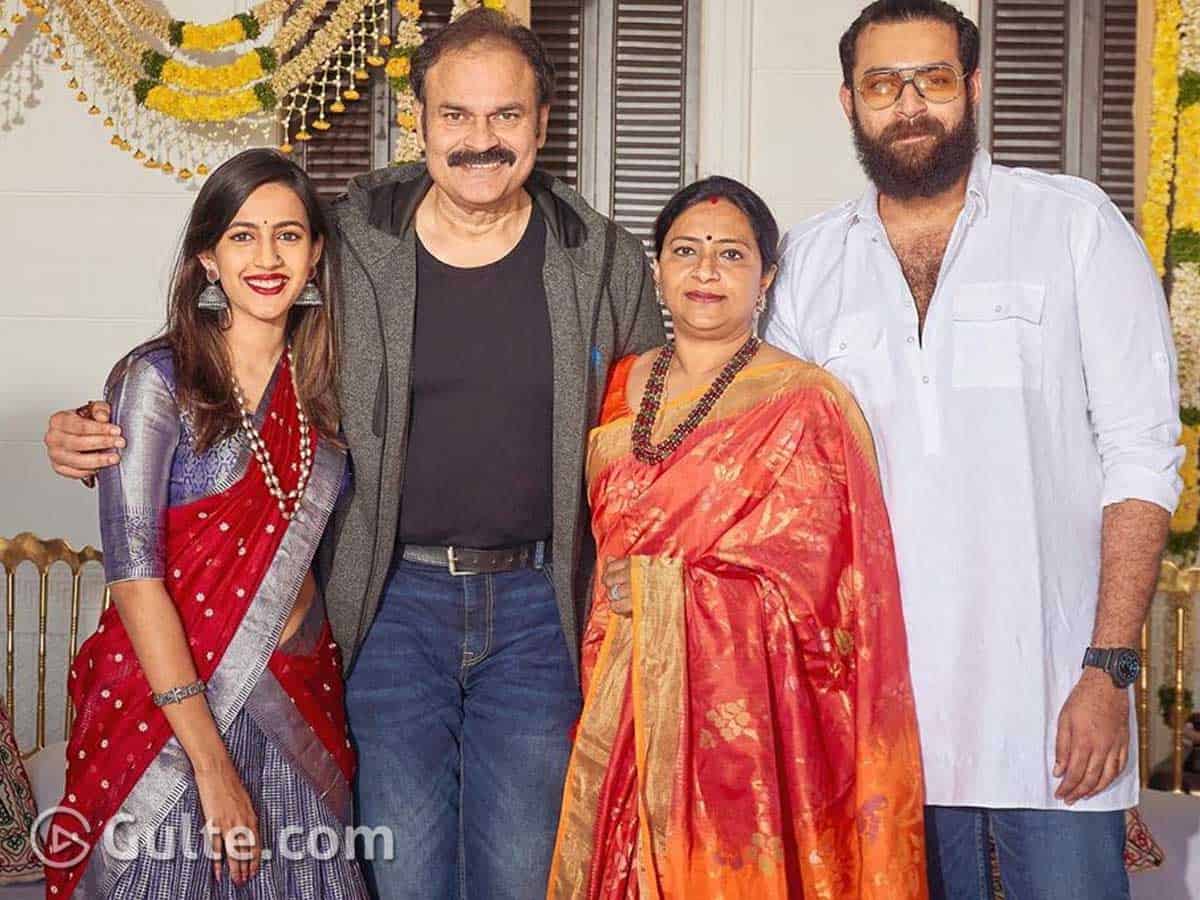 It’s the season of weddings and marriage announcements in Tollywood. Dil Raju, Nikhil Siddhartha have entered into wedlock with their sweethearts respectively. It’s buzzed that Nithiin would also soon tie the knot with girlfriend Shalini Kandukuri. The date would be fixed soon. T-town hunk Rana Daggubati has confirmed his relationship with Miheeka Bajaj and it’s learnt that the wedding would be in December this year.

“Early next year, we are planning to get Niharika’s marriage. We are looking for a compatible match for Niharika. Mostly, the marriage would happen by March or April next year. We are also thinking about Varun’s marriage. Once their marriages are over, I’ll be relieved as a father,” Naga Babu said in a TV interview.