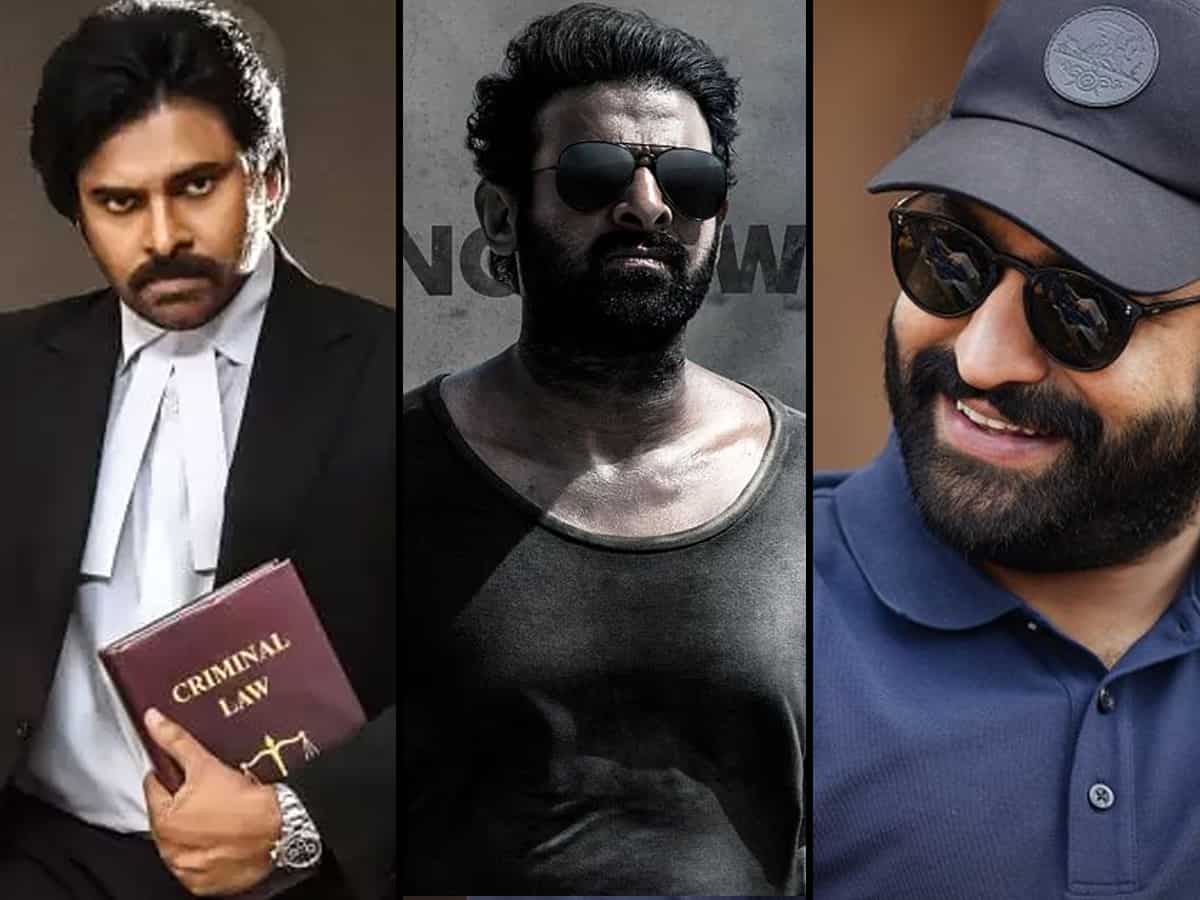 Prabhas is on a signing spree these days. The Baahubali actor’s Radhe Shyam is releasing this July 30 and he already is working on two other films Salaar in Prashant Neel’s direction and Adipurush in Om Raut’s. The Salaar release date is announced as April 14 of 2022. Now, two more star heroes joined the league of Salaar April release next year.

Pawan Kalyan’s 28th film in Harish Shankar’s direction and NTR’s 30th film in Trivikram’s direction as well decided to go outing for Summer 2022. Pawan Kalyan PSPK28 is most anticipated among the actor-politician’s comeback lot, as the director is Harish Shankar, who earlier gave a blockbuster for Powerstar when he needed it the most. Though the Vakeel Saab, Krish’s films are most-awaited, PSPK28 is the commercial entertainer most of the fans waiting to watch.

On the other side, as NTR’s RRR will be coming out in theaters this year, the talented actor is readying another huge expected film NTR30 with Trivikram for next summer. NTR and Trivikram’s combination is announced long back but delayed started shooting due to unexpected delays. According to the reports, the movie is all set to enthrall all next summer.

Now with Salaar of Prabhas announced the date, Pawan Kalyan and NTR are gearing up to occupy the theaters around the same time. With three major films planning to hit the screens in the same season, we have to see which one fares well.