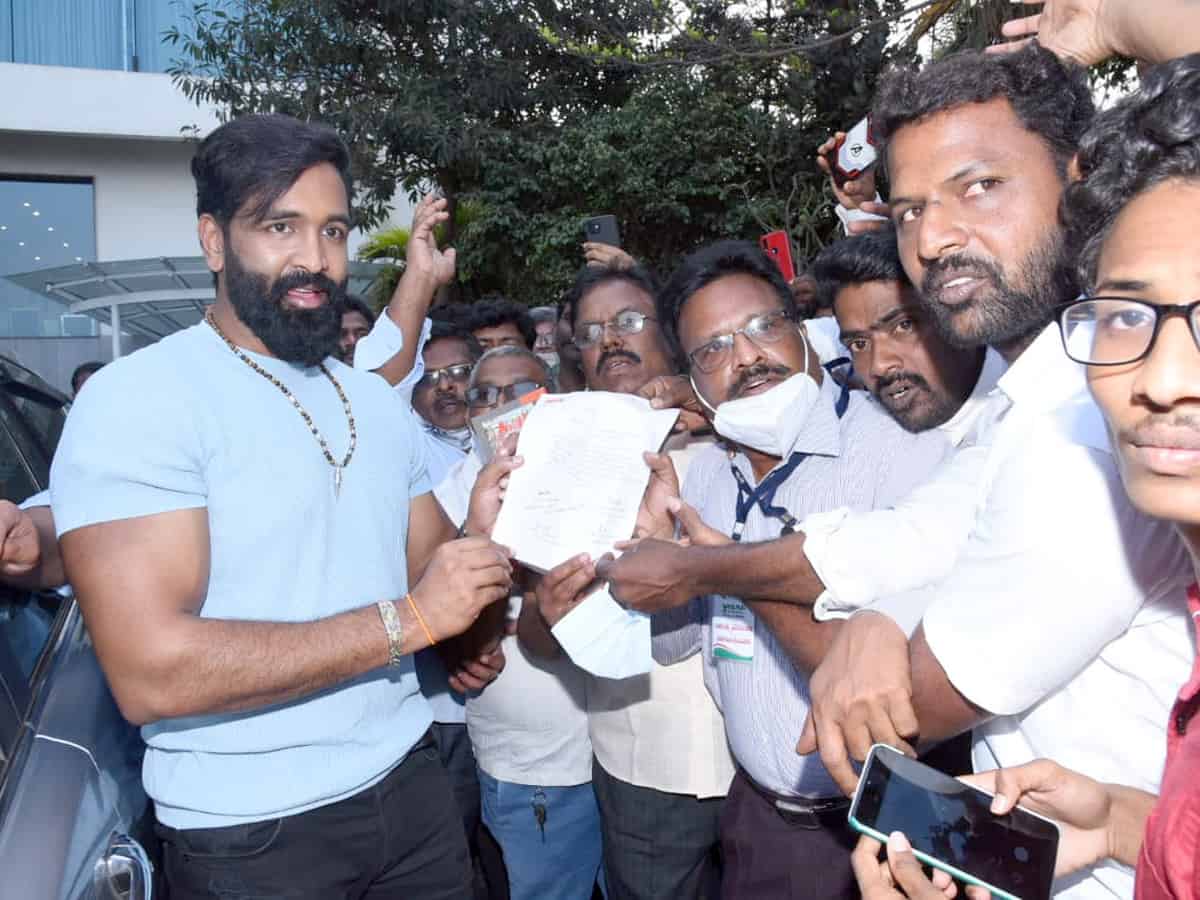 Vishnu Manchu along with his Mosagallu team went to Vizag for the screening of 10 minutes sneak peek of the film. As soon as he landed in the city, workers of Vishakhapatnam steel plant have met him. They have been protesting for last few days demanding Modi’s government to take back the decision to privatise Visakhapatnam Steel Plant.

They handed over the memorandum to support their protest. The protestors also asked for the entire film industry help in the fight against the central government’s decision over privatisation.

Vishnu reacting on the issue said, “Injustice was done to the workers of Visakha Steel Plant. According to me, it’s not a right decision to privatize the Steel Plant. Vizag Steel Plant indeed is an emotion to the people over here. The central government should discuss with the workers and their families in this regard. The Plant is the symbol of many sacrifices. We can lend our support. But, due to restrictions, we can’t participate in the protests. If industry bigwigs take a decision, we have no qualms to take part in the protests. Everybody is coming forward to support, including KTR garu. I pray god that the problem resolves at the earliest.”