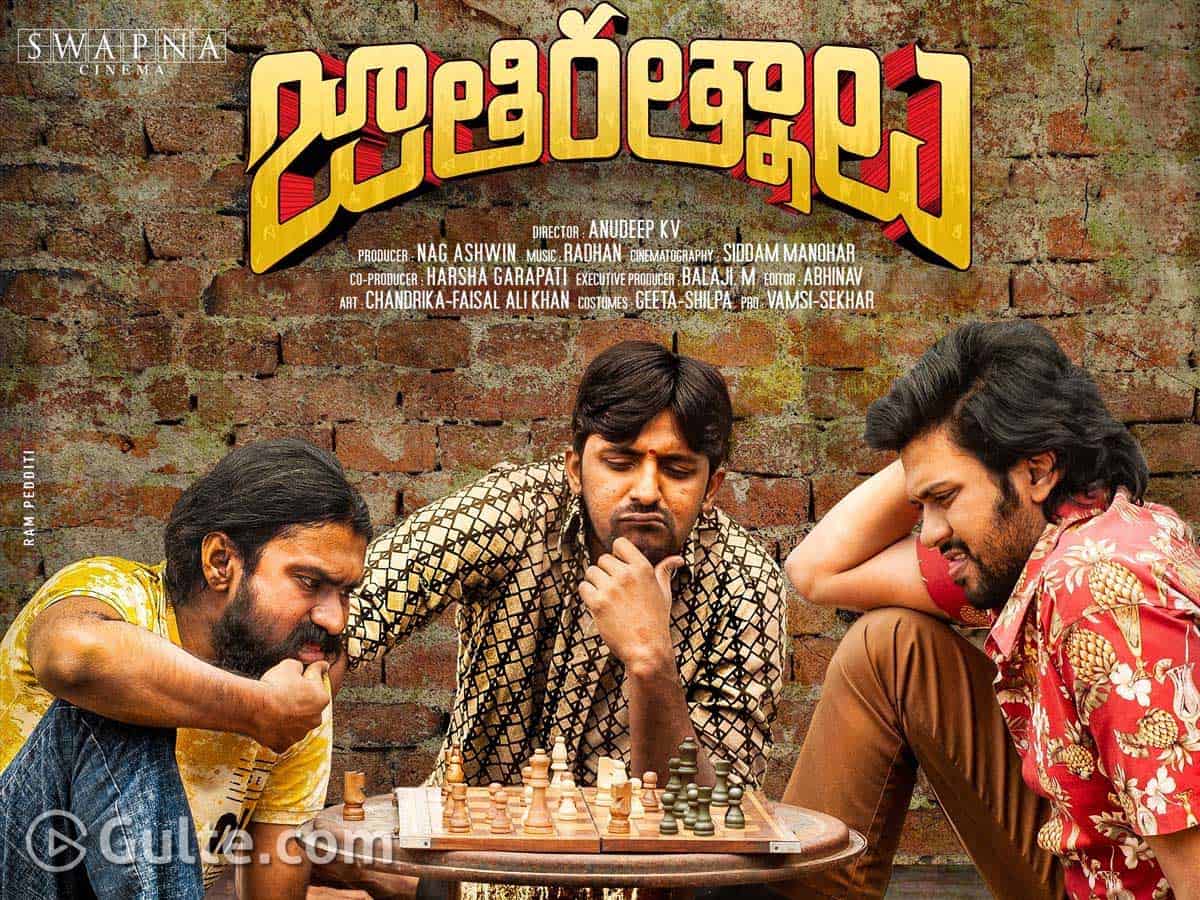 Naveen Polishetty, Rahul Ramakrishna, and Priyadarshi Pulikonda are celebrating the success of their new movie ‘Jathi Ratnalu’. The film unit is overwhelmed with all the love and appreciation from all corners of the Telugu states. The team is happy to have declined multiple OTT offers during the lockdown. The theatrical release of the film resulted in profits in not less than 3 days. For the first weekend, the film’s revenue at the box-office stands at 20 Cr.

Unless the film carries a positive word of mouth, tier-2 actors like Ravi Teja, Nani, Naga Chaitanya, and Vijay Devarakonda struggle to achieve this amazing feat at the box-office. But, with an out-and-out comedy entertainer, Naveen Polishetty did the magic at the box-office.

20 Cr worldwide share in just four days is not an ordinary feat. The film’s theatrical rights were reportedly sold at 11 crores. The trade analysts termed it a ‘costly’ affair but the profits today shocked everyone. The film collected almost 7.5 Cr share in the Nizam region alone. The film collected almost 7 lakh USD at the USA box-office. Jathi Ratnalu filled confidence in the USA distributors again that the box-office is returning to normalcy.

KV Anudeep who made his debut with ‘Pittagoda’ directed this movie. Nag Ashwin produced the film. Rathan is the film’s music director. Ramajogaiah Sastry is the film’s lyricist. Faria Abdullah made her debut as the film’s leading lady.