Sanghavi Gives Birth To A Baby Girl At 42 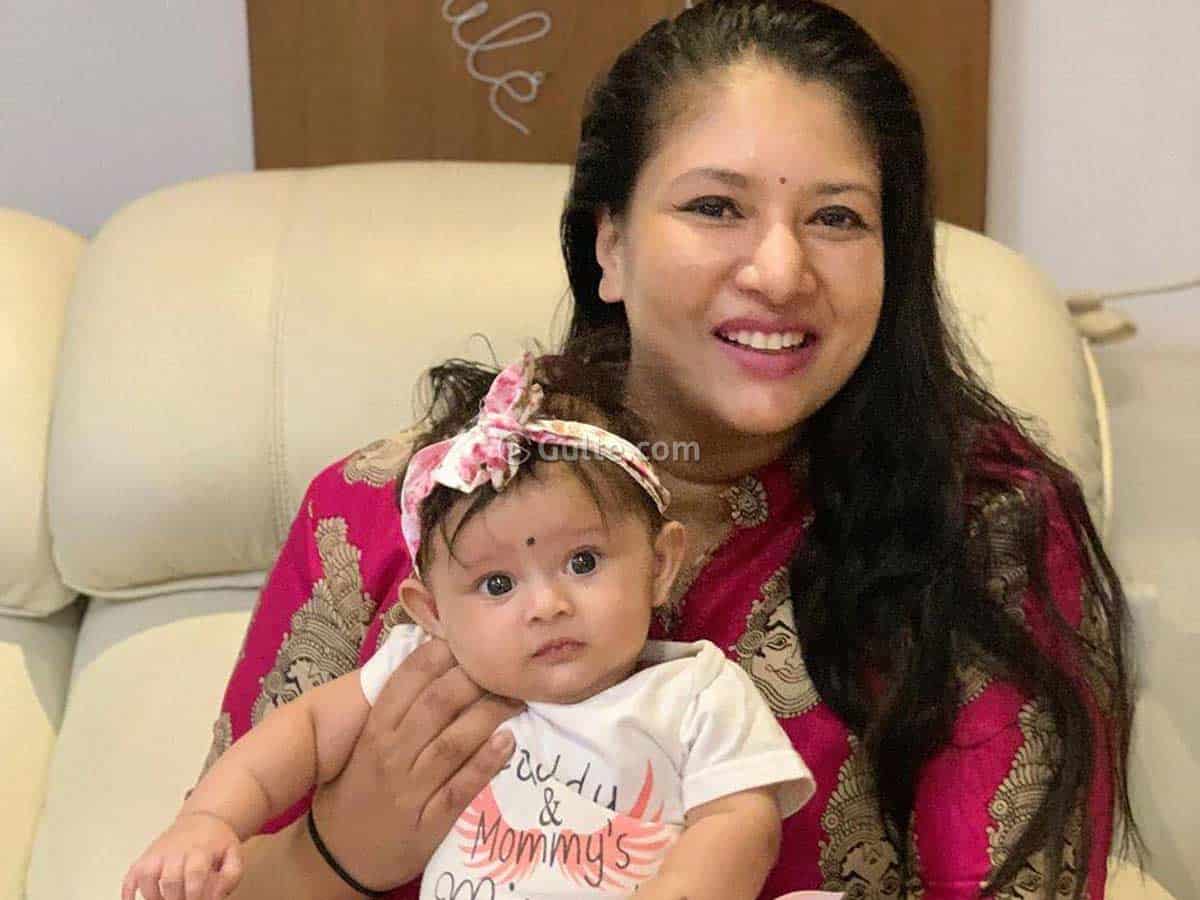 Tollywood senior actress Sanghavi, who is popularly known for hit films like Samarasimha Reddy, Sindooram, Ravanna, Sandade Sandedi, Seetharamaraju and many more have given birth to a baby girl recently. The actress is 42 years old when she delivered a beautiful baby girl.

Sanghavi’s real name is Kavya Ramesh and changed her name to Sanghavi as her onscreen identity. She has worked in Telugu, Tamil, Kannada and Malayalam films, having more than 15 years of a film career. After entertaining south cinegoers with more than 150 films, Sangavi married an IT techie N Venkatesh on 3 February 2016 at Taj Vivanta, Bengaluru.

The actress’ latest appearance was on ETV’s comedy show, Jabardasth where she was the judge for a few days in the place of Nagababu. Currently, her picture with her newborn baby is going viral on the internet and obviously, the news has shocked Telugu audience as she welcomed her daughter in her 40s. Nevertheless, the mother and daughter look lovely and we wish them happy bonding ahead!