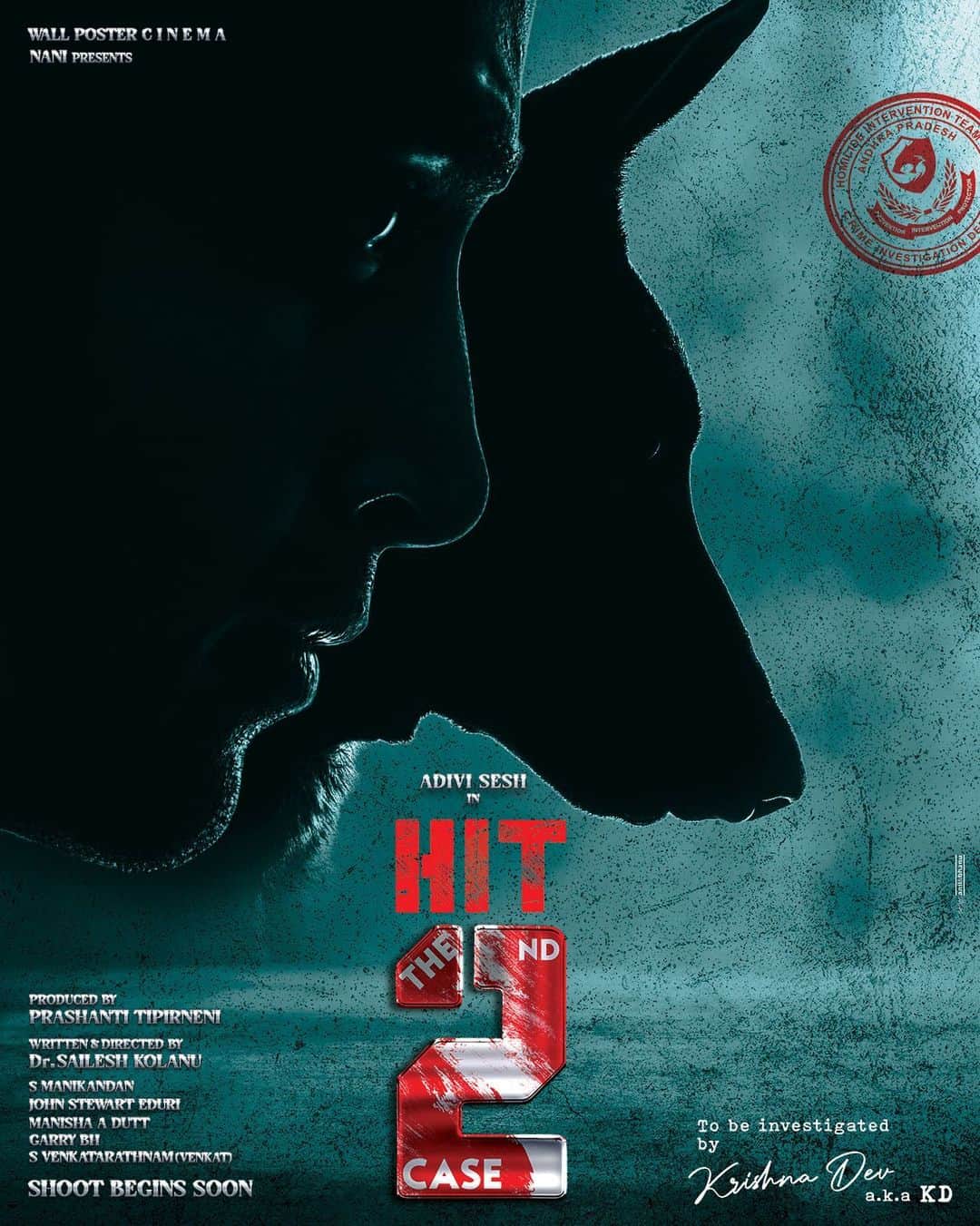 The official announcement of ‘HIT 2’ has arrived and it’s producer and Natural star Nani who made the announcement with the first look poster. Making the reports true, it will be Adivi Sesh who will be playing the lead role.

The first look poster has Sesh in side view and a dog beside him which probably hints about his role in the movie. “AS is KD. @AdiviSesh is Krishna Dev :)) Double badass!! Welcome onboard officer,” tweeted Nani.

“HIT. The Second Case. #HIT2 As KD! Bigger. Better. Bad-ass. Shoot starts after I finish Major but Heat starts now. Happy to collaborate with my favourite @NameisNani the amazing @PrashantiTipirn & the talented @KolanuSailesh, His vision full ga! Happy to be part of it,” tweeted Sesh.

Like the first part, this second installment will be directed by Sailesh Kolanu. Also the makers have retained the core technicians such as Manikandan for cinematography and Garry BH for editing. The only change is music composer and John Stewart Eduri is on board for this film.