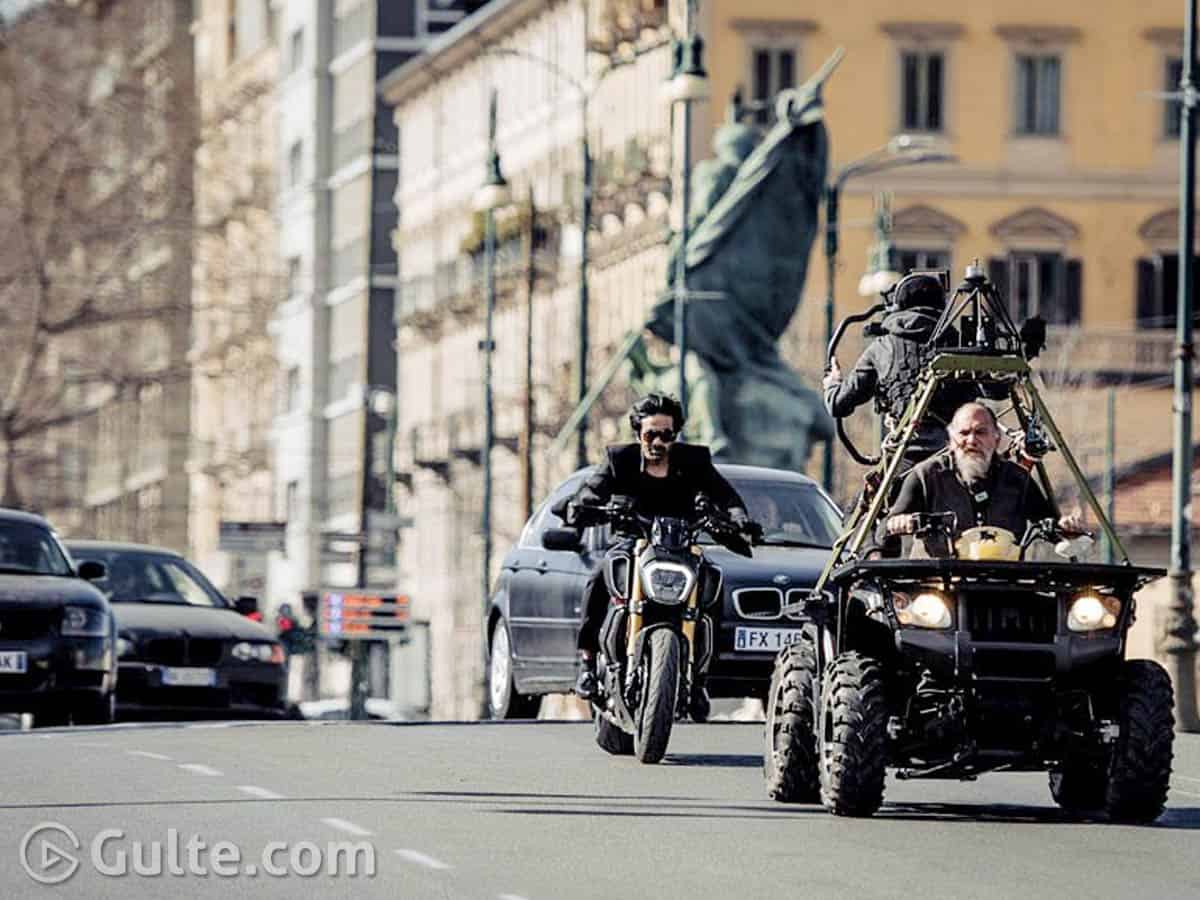 Mass Maharaja Ravi Teja is rejuvenated with the success of his latest film Krack. The cop action thriller became a blockbuster and gave a big sigh of relief to Ravi Teja, who was stuck in a string of flops. The Vikramarkudu actor is currently busy with the shooting of his upcoming film Khiladi, which is happening in Italy.

Yesterday, a picture of Ravi Teja surfaced on the internet. We can see him riding a sports bike in the photo and is being captured by the camera team who is shooting from a vehicle in front. Ravi looks dapper while riding the bike and gives us the vibes of Tom Cruise from the Mission Impossible series.

This picture is currently going viral all over social media. According to the sources, the Italy schedule of Khiladi will be wrapped by the end of this month. Dimple Hayati and Meenakshi Choudhary are playing the female leads in this movie. Directed by Ramesh Varma Penmatsa, Khiladi will hit the screens on May 28.